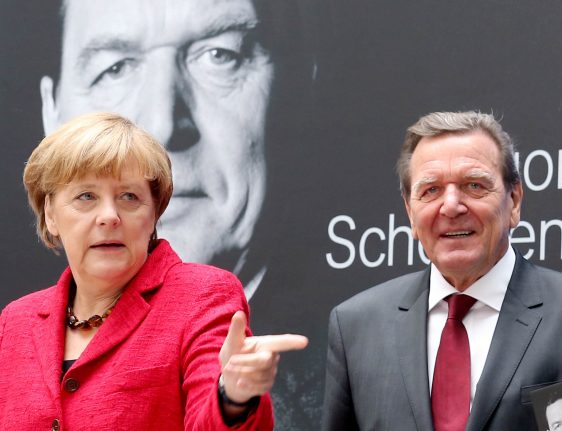 Merkel stressed that she wants to win and serve out a fourth four-year term after the September 24th general election, speaking in an online video interview with top-selling Bild newspaper.

Asked whether she would later seek a corporate post, like Schröder, she told the interviewer: “I do not intend to take a post in the business world after serving as chancellor.”

“I don't think what Schröder is doing is okay,” she added, joining a chorus of public criticism of the centre-left Social Democrat who ruled from 1998 until Merkel defeated him in 2005.

Schröder, a friend of Russian President Vladimir Putin, just weeks after leaving office became head of the shareholders' committee of Nord Stream which delivers gas to Germany through a Baltic Sea pipeline and is majority-owned by Russia's Gazprom.

Now, weeks before the general election, Schröder has again drawn fire for accepting a $500,000-a-year pre-tax board job with state-controlled Russian oil giant Rosneft, which is subject to western sanctions over Moscow's role in the Ukraine conflict.

Merkel's main rival, Martin Schulz of the Social Democratic Party (SPD), has said he has voiced his concern to Schröder, but also called it “a private matter” for the former chancellor.