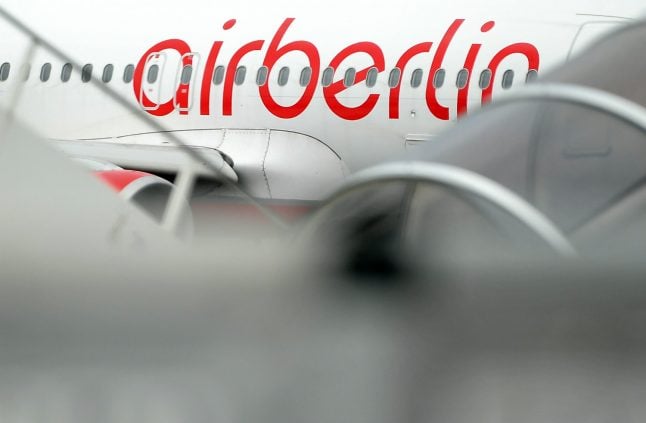 “We want to settle the sale in September at the latest, otherwise customers' trust in the airline will vanish,” chief executive Thomas Winkelmann told newspaper Bild am Sonntag.

Lufthansa – which already leases 38 of Air Berlin's 140 planes – could buy up to 70 aircraft with as many as 3,000 crew for its low-cost subsidiary Eurowings, Bild reported.

“I would welcome Lufthansa taking over larger parts of Air Berlin,” Economy Minister Brigitte Zypries told business daily Handelsblatt on Monday, while adding that it was up to the airlines to negotiate a deal between themselves.

Bavarian investor Hans Rudolf Wöhrl lent his voice to O'Leary's criticism of a €150 million German government bridging loan to Air Berlin, writing on Facebook that it amounted to state aid for Lufthansa to build a monopoly.

“It's absurd to suggest that the federal government is in bed with Lufthansa,” Zypries told Handelsblatt.

Nevertheless, “when it comes to taking over routes, we would have to check whether there is still enough competition,” monopoly commission chief Achim Wambach told the business paper Monday.

Both Air Berlin and the federal government said a Friday offer from Wöhrl to buy the airline outright and maintain it as an independent carrier was unworkable.

While government officials and business chiefs wrangle, customers remain in the dark – with even Air Berlin's frequent-flyer programme “suspended until we have achieved clarity about the situation” according to a message posted on its website.