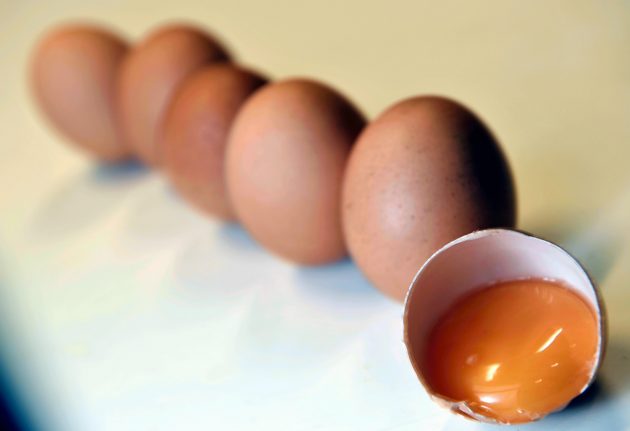 NOZ reported on Wednesday that 28.1 million eggs contaminated with the insecticide Fipronil, a substance potentially dangerous to humans, have been delivered to Lower Saxony alone.

SEE ALSO: What you should know about the 'toxic eggs' found in 12 German states

The Economy Ministry has previously stated that 10 million eggs “likely” contaminated with the insecticide had been delivered to Germany.

The NOZ report is based on analysis by the agriculture ministry in Lower Saxony which relied on information from the EU early warning system.

The agriculture ministry in Lower Saxony claims that all the affected eggs have been recalled.

Christian Meyer, agriculture minister in Lower Saxony, criticized the federal government for understating the scale of the problem.

“The numbers come from the EU early warning system. The federal government could have looked at them itself,” he said.

Authorities in North Rhine-Westphalia first reported at the end of July that they were recalling 900,000 contaminated eggs from the shelves of supermarkets.

The eggs arrived in Germany from the Netherlands, where several hundred thousand chickens have now been killed as a precautionary measure.

Belgium, Sweden and Switzerland have all also pulled millions of eggs from the shelves due to evidence they contain the insecticide.

But German officials have said that the levels of the substance detected in the eggs is not high enough to generally be dangerous for adults. It could be risky for children, though.