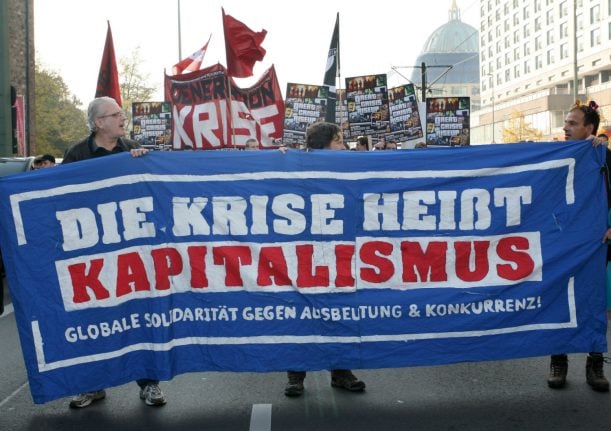 Contrary to the US, where belief in capitalism is as entrenched as hot dogs and baseball, Germany has always had a more complicated relationship to the philosophy of competitive markets. This is after all the country that gave us the founding communist thinkers Karl Marx and Friedrich Engels.

And a study published by Statista and YouGov on Tuesday shows that only 16 percent of Germans believe capitalism to be something that is on the whole positive. At the same time, 27 percent of Germans have an ambivalent attitude to the economic model, while 52 percent see it as a bad thing. But there were some positive attitudes expressed towards the economic model.

The scepticism of the Germans towards the means of production lying in private hands is hardly reflected in their voting choices, though. Of the five parties currently represented in the Bundestag (German parliament), only Die Linke (The Left Party) are staunch critics of capitalism. Die Linke, while the official opposition, only hold 64 seats in the 631 seat chamber.