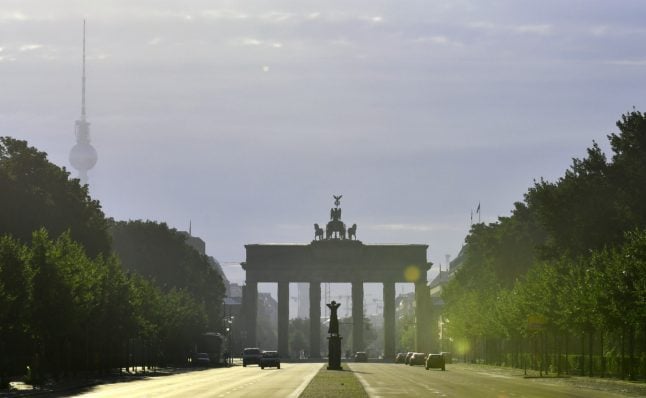 Over the years, as visitors from my home in the US have come to visit me in Berlin, I've always tried to show them what makes this city so great. But this is hard to do in just a few days, as what I love most about Berlin is the unexpected: stumbling upon an S-Bahn party, discovering a hidden, basement jazz concert, and finding a taxi driver who will sing Backstreet Boys with you along your 6am ride home.

Just as unexpectedly, I’ve realized that I am no longer the same person as I was in 2013 when I first came here, and probably will never break the habits I’ve picked up since.

The club culture I knew in most cities I visited or lived in prior to Berlin was pretty much the same: both men and women dressed to impress, which generally involved heels or other uncomfortable clothing for us females – which I always hated. Dressing down could mean you didn’t make it through the door, especially at the more famous venues.

But the rules are turned on their head in Berlin, where you’ll likely hear a “nein” from the bouncer if you dress up too much, particularly at Berlin’s exclusive – and probably best – club, Berghain. Explaining this to those outside the city can elicit looks of shock as well as wonderment.

So I’ve come to embrace this laid-back attitude towards nightlife, where the people in sneakers and ripped jeans get ahead of those in designer stilettos or button-downs. And never do I plan to look back.

2. Expecting a wide range of cheap, tasty food and beer

Berlin’s food scene continues to grow in correlation with its hipster population, and the fact that it’s still somewhat “poor but sexy” means most places likely won’t stay open unless they offer hungry artists delicious meals on the cheap.

Unfortunately this means that whenever I go anywhere else, I always measure the food and drinks against the bar set by Berlin – and it’s quite hard to find equal competition in any other Western capital.

3. Knowing that it’s possible to have one conversation in three languages

When I first started taking German classes in Berlin, I was lucky that none of my classmates were native English speakers, thus basically forcing us to communicate in German outside class.

But one of my first classes was also made up of a large number of Spanish speakers, meaning there were often comical instances of people saying “Ich hätte gern – ¿cómo se dice?”

And as a result, I think I have somehow simultaneously improved my Spanish while living in Germany.

Though years later we can all now hold conversations completely in German, the journey to get to this point took a lot of what I’ll call Deuspanglish – a mixture of German, Spanish and a bit of English sprinkled in.

Given that Berlin is so full of immigrants from all over the world, getting to create this kind of mixture of languages has been a unique experience I don’t know that I would find anywhere else.

4. Getting really good at dealing with and collecting paperwork

Applying for my first visa to stay in Berlin as an American was a daunting task and something I grew to dread. But now that I have had three visas under my belt, I consider myself something of an expert, and gladly offer up advice to friends.

I even once considered charging people for my consultation services, but that would have probably actually violated the terms of my visa.

I’ve come to view the bureaucratic process as a bit of a scavenger hunt, with each piece of the application process a new challenge to overcome. I even find it a bit fun.

The first time I was invited to go swimming at a German lake with Germans, I was shocked to watch as everyone around me freely and openly changed or completely stripped off for all to see. And I actually became the spectacle myself as I asked my companions to hold up towels for me so I could feel some sense of privacy putting on my swimsuit.

Fast forward four years and I’m still no FKK enthusiast, but at least I’m not as prudish about my own or others’ bodies.

6. Learning to work to live, not live to work

Perhaps the biggest adjustment I will have to make living elsewhere is the importance Germans and Berliners place on taking time to really enjoy life. The fact that they have a term for the time of day after work hours – Feierabend – and that this term truly carries weight says something about the culture. When the supermarket manager chides you for showing up right before their doors close because it’s already Feierabend, you know he’s really upset. It’s a sacred time, Feierabend.

Then there’s the legally mandated vacation days, nine public holidays, sick days you don’t have to accrue – I highly doubt I’ll ever find such perks in the US.