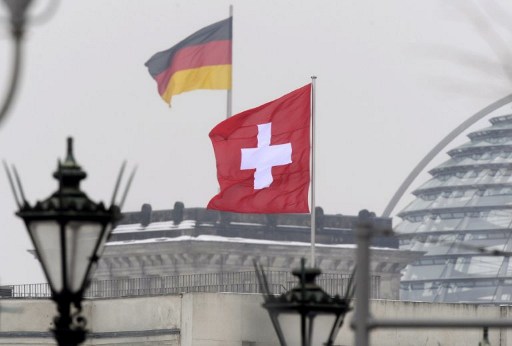 The new investigation by federal prosecutors is related to the arrest in April of a Swiss man, identified as Daniel M., 54, who is accused of carrying out espionage activities against German finance inspectors since 2012, German daily Sueddeutsche Zeitung reported in cooperation with public broadcasters NDR and WDR.

The federal prosecutor's office declined to comment when contacted by AFP.

According to the report, the probe launched in early August is highly unusual between western allies and underlines how seriously Germany is taking the case of Daniel M., who has been charged with spying for Switzerland's NDB intelligence service on German authorities hunting tax cheats.

The three new suspects, who also work for the NDB, have not been named.

The case has created serious friction between the neighbours, with German Foreign Minister Sigmar Gabriel upbraiding Switzerland after Daniel M.'s arrest, calling the case “incredible” and expressing hope it would not “wreck” the countries' good relationship.

He said he had discussed the affair with his Swiss counterpart Didier Burkhalter, who assured him that monitoring of German tax inspectors was not ongoing, as it had stopped in 2014.

According to German media, Daniel M.'s alleged mission was to identify German tax investigators involved in purchasing stolen data on German residents who illegally stashed their money in Switzerland.

As a result, many of Germany's rich, powerful and famous have had to issue public apologies and paid back taxes and fines.

Switzerland, where secrecy has been a cornerstone of the banking industry, reacted with outrage to the theft.