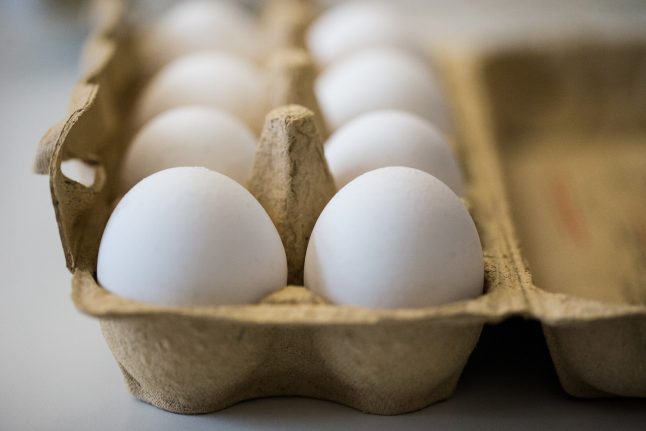 “For business reasons, BASF has decided not to pursue re-registration for treatment of seeds in Europe,” a spokesman told AFP, adding that the authorization would expire on September 30th.

The pesticide was only authorized for a small number of applications in treating seeds, it added, making the “high costs” of the registration process uneconomical.

BASF added that its decision did not affect the chemical's use as a “biocide” against ants, cockroaches and termites, which is allowed in the EU until 2023.

Belgium on Wednesday accused the Netherlands' food safety authority NVWA of failing to inform it that eggs were tainted with Fipronil despite knowing about it since last November.

NVWA denied that it had known definitively about the contamination so soon, but admitted it had received an anonymous tip about the pesticide being used to clean chicken pens in order to combat red lice in that month.

The insecticide scandal only became public on August 1st when authorities in the Netherlands ordered eggs pulled from supermarket shelves and urged shoppers to throw any they had away.

Contaminated eggs have since been discovered in Germany, Belgium, Sweden, Switzerland, Britain and France, with several supermarkets pulling millions of eggs off the shelves.

Fipronil is commonly used in veterinary products to get rid of fleas, lice and ticks, but is banned by the EU from being used to treat animals destined for human consumption, such as chickens.

In large quantities, the insecticide is considered by the World Health Organisation to be “moderately hazardous” and can have dangerous effects on people's kidneys, liver and thyroid glands.