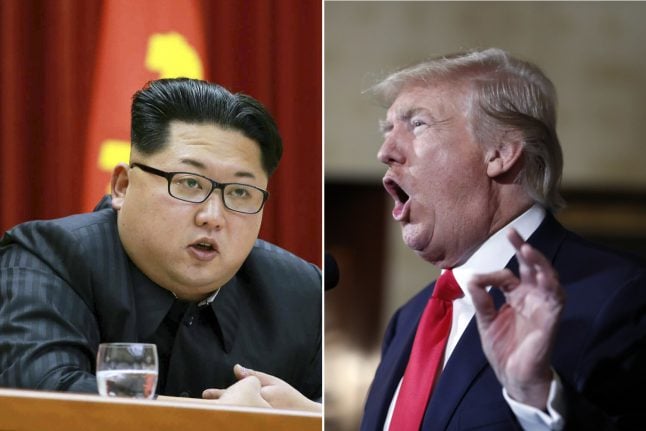 “We are watching the increasing rhetorical escalation regarding the Korean Peninsula with the greatest concern,” foreign ministry spokesman Martin Schäfer told reporters.

“That is why we call on all sides to use restraint.”

Schäfer said Berlin was convinced a “military option” could not be “the answer in the quest for a nuclear weapon-free” region.

He urged the international community to “thoroughly implement” the latest round of sanctions against North Korea approved by the United Nations Security Council.

And he backed a call by US Secretary of State Rex Tillerson to resume talks with Pyongyang if it halts ballistic missile tests.

“We must all continue our diplomatic efforts – it is the only way to ensure that the threat of the illegal North Korean nuclear weapons programme can be contained,” he said.

Schäfer said Germany would be consulting with partners including the United States and China “to find the right approach to dealing with the existential danger to the region and the world posed by nuclear proliferation and threats from North Korea”.

He insisted that while the call for restraint was directed at both Washington and Pyongyang, Germany saw North Korea as the clear “provocateur in this case and the source of our worries”.

“The goal of the German government is to avoid further military escalation and to resolve peacefully the conflicts in the North Pacific region,” spokeswoman Ulrike Demmer said.

Trump sharply intensified his rhetoric against North Korea on Tuesday, threatening “fire and fury” over its weapons programmes.

North Korea raised the stakes just hours later, saying it was considering missile strikes near US strategic military installations on the Pacific island of Guam.