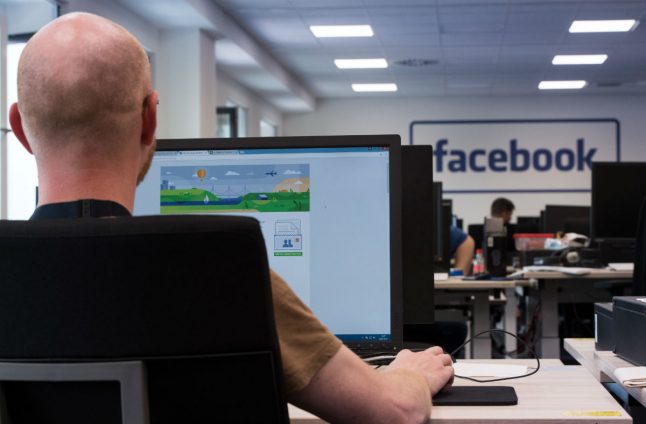 An employee at the Facebook deletion centre in Berlin. Photo: DPA

Facebook announced on Wednesday that a centre in Essen dedicated to deleting hate speech and similar content punishable by law will hire 500 people and launch in the autumn.

The first Facebook centre in Germany dedicated to deleting criminal or offensive content on the site was set up in Berlin, and will be increasing their staff to 700.

SEE ALSO: 'No more faith in humanity': A day in the life of Berlin Facebook moderators

While the Berlin centre is operated by Bertelsmann-owned service provider Arvato, the new centre in Essen will be operated by European provider Competence Call Center.

Facebook’s announcement comes in response to new legislation cracking down on hate speech on social media sites. The law passed by the Bundestag (German parliament) in June requires sites like Facebook and Twitter to remove flagged content within 24 hours when the content is clearly illegal, and within a week for more ambiguous cases.

Companies face fines of up to €50 million if they do not comply.

Critics such as social media companies and others have complained that the law gives corporations too much power to interpret the legislation. Others also point out that there is a risk companies could delete more posts than they should for fear of the hefty fines.

Worldwide, Facebook plans to increase the number of its employees who review and delete content on the site from 4,500 to 7,500.

READ ALSO: Twitter wouldn't delete hateful tweets so this artist painted them outside its office