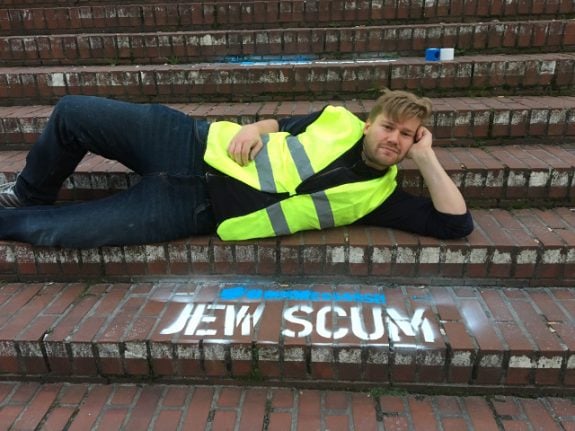 Photo: Shahak Shapira/DPA
Israeli-Berliner Shahak Shapira explained in a YouTube video on Monday that he had reported around 300 different hateful tweets in the past six months to Twitter, which mostly were not deleted.
“Within six months, I received exactly nine answers, and all of these answers said that there were no violations of Twitter policies,” Shapira said in the video. “There were no answers to the rest.”
In protest, he spray-painted the un-deleted tweets – including the user names of those who wrote them – outside Twitter’s German office in Hamburg.
The tweets included slurs such as “Jewish pig” and phrases like “Germany again needs a Final Solution for Islam” – a reference to the Nazi term for killing as many Jews as possible during the Second World War.
“This initiative will never be big enough to ever visualize how many of these messages are on Twitter. But maybe at least we can give them some food for thought,” Shapira said.
In response to the spray-paint campaign, Twitter simply restated its policies for allowing users to flag comments.
“Users can hide or block these accounts,” the company said of those who others deem to be offensive.
In direct response to Shapira’s tweet about his initiative, Justice Minister Heiko Maas wrote on Twitter that the social network “only deletes 1 percent of hate crimes reported by its users. That is not enough!”

Maas spearheaded a recently passed law that requires social media sites such as Twitter and Facebook to delete illegal hate posts within 24 hours if the violations are obvious. More complicated cases may take up to a week. But the consequence for not meeting these deadlines is a fine of up to €50 million.
The law has been criticized by the social media companies and others for giving corporations the power to interpret the law. Critics also fear that social networks could err on the side of deleting too many posts due to the threat of such hefty fines.
This isn't the first time Shapira has taken on social media trends. He also launched a website called Yolocaust, using dark humour to mock people who take smiling selfies at Holocaust memorials.
SEE ALSO: This Israeli artist made a website to shame people who take 'Holocaust selfies' 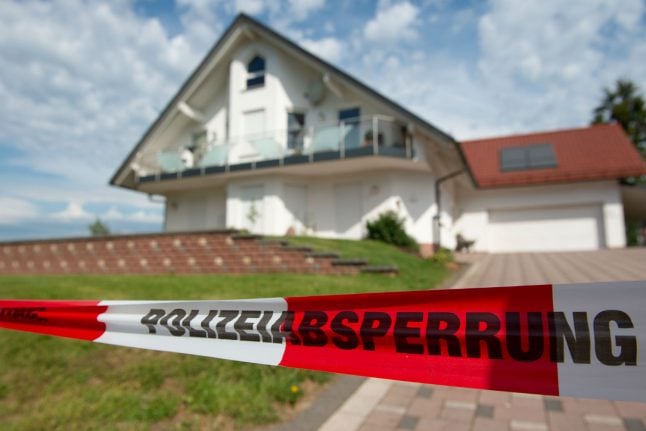