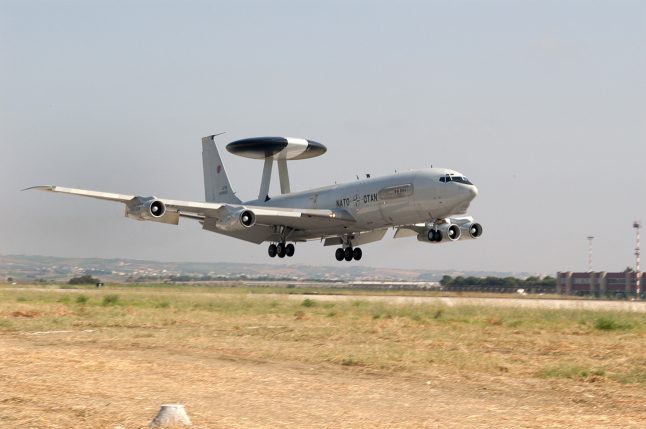 A plane at the Konya base in Turkey. Photo: DPA

Up to seven MPs will be allowed to visit Konya airfield in central Turkey on September 8th as part of a NATO trip, Foreign Minister Sigmar Gabriel wrote in a letter to the German parliamentary defence committee on Monday.

Ankara blocked a planned July visit by German MPs to Konya, where some 30 German soldiers are stationed, citing the deteriorating relationship with Berlin.

The long-simmering row over MPs' access to German troops on Turkish soil boiled over in June when Berlin pulled out 260 troops from Turkey's Incirlik base and relocated them to Jordan, after Ankara repeatedly thwarted lawmakers' efforts to visit.

Approval for the Konya visit came after NATO chief Jens Stoltenberg offered to arrange the trip for the German lawmakers within the defence alliance's framework, to which Ankara agreed, according to Gabriel.

“We should focus on fighting Islamist terrorism, which is also in Turkey's interest,” she said.

But German parliamentarian Alexander Neu of the far-left Die Linke party accused Berlin of “capitulating” to Ankara and said relying on NATO to arrange the Konya visit did not resolve the dispute.

Ties between Turkey and Germany have been badly strained since Berlin voiced deep concerns over a mass crackdown by Turkish President Recep Tayyip Erdogan in response to a failed coup attempt last year.