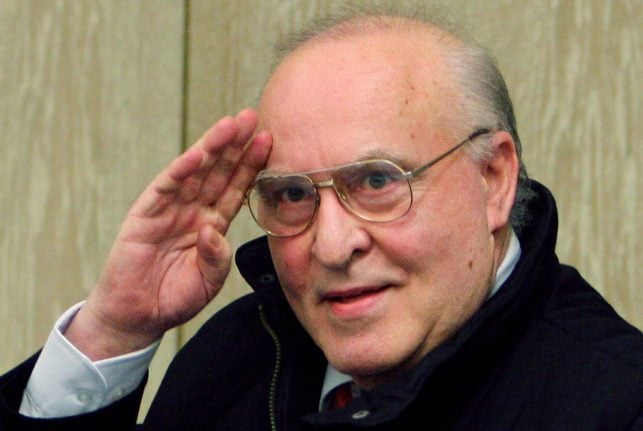 Zündel, one of the leading figures in the denial movement, died on Saturday at his home in the southwestern spa town of Bad Wildbad, his sister Ingrid was quoted by DPA news agency as saying.

Zündel, who lived in Canada for decades before being extradited in 2005 over his anti-Semitic views, was sentenced to five years' prison by a German court in 2007 for repeatedly disputing the murder of six million Jews by the Nazis in the Second World War.

He was freed in 2010, with time spent behind bars before his trial counted as part of his sentence.

The court in the western city of Mannheim at the time counted 14 instances on Zündel's website in which he denied the historical facts of the Holocaust and incited anti-Semitism.

A neo-Nazi “historian”, Zündel had written a book titled “The Hitler We Loved and Why”, described the Nazi leader as a “man of peace” and helped to disseminate a range of anti-Semitic literature.

Zündel's tumultuous trial even sent one of his own lawyers behind bars, after she called the Nazis' slaughter of European Jews “the biggest lie in world history” during the proceedings.

The lawyer, Sylvia Stolz, also signed a motion during the trial with “Heil Hitler”. She was sentenced to three and a half years in prison and barred from practising law for five years.

It is a crime to deny the Holocaust in a dozen European countries, including Germany and Austria.