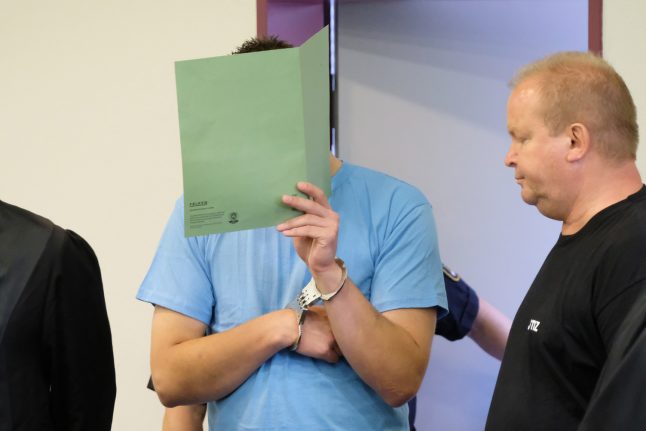 A court in Dessau-Roßlau, Saxony-Anhalt on Friday sentenced 21-year-old Sebastian F. to life in prison for raping and murdering the Chinese architecture student. His former girlfriend, Xenia I., was sentenced to five years and six months in youth detention for sexual assault. In Germany, suspects can be tried under juvenile criminal law until age 21.

According to broadcaster MDR, Sebastian F. must serve at least 15 years in prison before he can apply to be released on probation.

Both defendants were also ordered to pay damages for pain and suffering amounting to €60,000 in total.

The 25-year-old architecture student had gone for a jog in the city of Dessau on May 11th last year when the young couple lured her to an empty apartment. The pair then raped the woman repeatedly and abused her, leaving her with such severe injuries that they assumed she would die in the flat, prosecutors said.

After friends in Germany and China alerted the authorities that she was missing, police organized a search for the woman, who was from the eastern province of Henan. Her corpse was found two days later. An autopsy found she had suffered blows to the head, torso and extremities.

Head judge Uda Schmidt said the two had committed an “incomprehensible crime,” adding that the young student lost her life so that the former couple could live out their sexual fantasies.

Sebastian F., whose parents are police officers, remained silent and indifferent during the more than eight months of court proceedings.

Initially there had been suspicions that the young man’s parents had had an influence on the case, especially because his mother had taken part in the first interviews before there were any suspects. But these suspicions about his parents were not substantiated.

Xenia I., who has three children, told the court that she had been the one to lure in the young woman and had been present when she was raped. But she said she was not there during the abusive treatment that ultimately led to the student's death.

Sebastian F. is also accused of at least one further rape committed in the summer of 2013 in Dessau which only came to light in the course of the investigation.

Dessau is closely associated with the Bauhaus movement and draws architecture and design students from around the world.