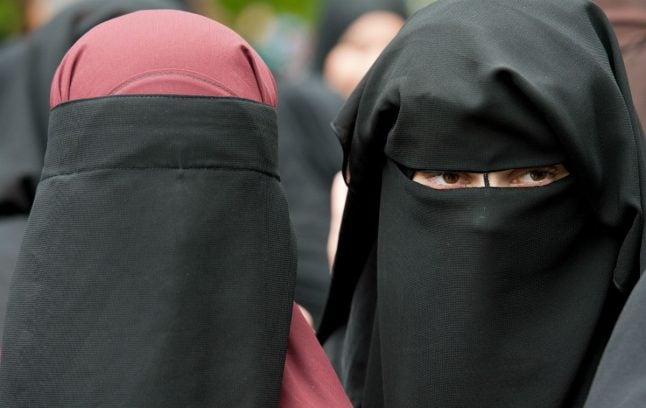 The state of Lower Saxony is expected to announce a ban on face veils such as burqas and niqabs in schools in August, following a unanimous decision by the state parliament on Thursday to amend current education policies, reports the Branschweiger Zeitung.

A niqab covers the whole body except for a slit for the eyes, whereas a burqa fully covers the body including the eyes.

The state's school board also plans on publishing regulations for the practical handling of the ban.

Some parent and and school group representatives at a state parliament meeting rejected the ban, including Birhat Kaçar, chair of Lower Saxony's pupils' council, who said the policy would not solve the problems that come with dealing with fully-veiled pupils. Kaçar argued that issues involving religious attire should be dealt with by the schools themselves.

The chair of Lower Saxony’s parents’ council, Mike Finke, also said such matters should be the responsibility of schools to decide.

But the Association of Lower Saxony Teachers supported the ban, with the group's chair, Manfred Busch, arguing that schools need clarity in cases of conflict, as well as legal certainty. At the same time, Busch also noted that schools also need a certain margin of discretion to make decisions.

Over the past year, Lower Saxony has heatedly debated several cases of female students wanting to wear face veils to classes. One case that attracted particular attention was that of a girl in Belm near Osnabrück who had been attending classes for years in a niqab, writes the Hannoversche Allgemeine Zeitung.

When and where Muslim women are allowed to wear religious clothing is continuously debated across Germany and differs in other states.

Bavaria, for example, passed a law implemented this month banning burqas and niqabs in many public places, including kindergartens, universities, and polling centres.

In April, German lawmakers approved a partial ban on the burqa for officers and soldiers following several jihadist attacks.

Article 4 of Germany's constitutional law or Grundgesetz states that religious freedom is a fundamental right.

“Freedom of faith and of conscience, and freedom to profess a religious or philosophical creed, shall be inviolable,” it states.

READ ALSO: When Muslim women are allowed to wear headscarves in Germany, and when not