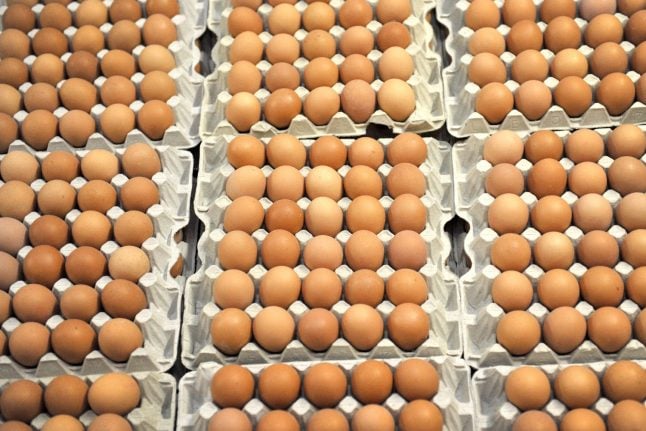 More eggs from the Netherlands contaminated by the insecticide fipronil are surfacing in German states, after millions of eggs in the Netherlands and Belgium have already been recalled. Nearly 900,000 eggs were recalled from stores in North Rhine-Westphalia on Monday alone.

Fipronil is used for getting rid of fleas, lice and ticks, but is banned from being used on animals that will ultimately be consumed by humans.

The Federal Institute for Risk Assessment (BfR) has said that the level of fipronil detected has been low and does not pose a risk to adults, though it could pose a potential threat to children. In high doses, the substance can irritate humans’ skin and eyes, as well as cause nausea, vomiting and headaches.

Eggs at a German facility in Lower Saxony also tested positive for the insecticide. Agriculture authorities now warn against eggs with the number 1-DE-0357731 printed on them.

The Federal Office of Consumer Protection and Food Safety (BVL) also reported on Thursday that eggs sent to Schleswig-Holstein from the Netherlands could also be affected.

Supermarket chain Rewe and its discount store Penny said they have taken all eggs from the Netherlands off the shelves of their shops. Other discount markets like Lidl, Aldi Süd and Nord have also stopped selling eggs from farms that are even suspected of being affected.

But an association for Dutch poultry farmers has condemned the withdrawal of all Dutch eggs from stores.

“All Dutch eggs that are now on the market are guaranteed to be free of fipronil,” said the association’s chair, Eric Hubers, on Dutch radio on Thursday.

“It is fear-mongering because people know that there are no risks.”

Federation of German Consumer Organisations (VZBV) said that above all, customers must be better informed about the contamination situation.

“Alongside a central risk evaluation from the Federal Institute for Risk Assessment (BfR), in the future we need concrete conduct recommendations in the sense of crisis communication – and indeed it should be consistent nationwide,” said VZBV groceries expert Jutta Jaksche.

She further called on the BVL to give “clear guidance and not just collect the warnings from the states.”

Officials advise consumers to check the website Lebensmittelwarnung.de for more updated information and to check for affected batch numbers. Eggs found to have traces of the insecticide can then be returned to supermarkets.