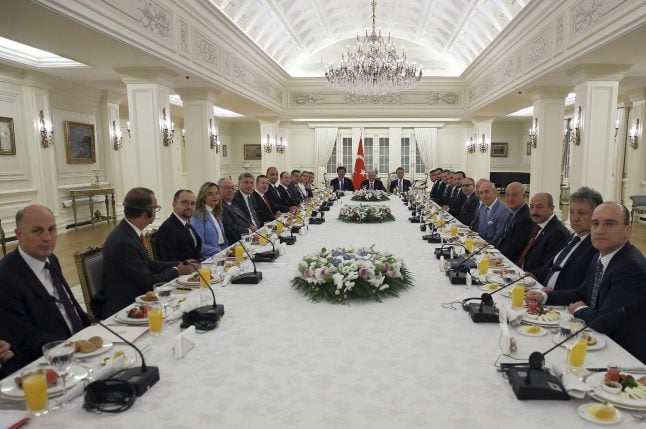 Yildirim held the breakfast meeting in Ankara with the executives, telling them they were valued in Turkey.

“It is very important for us that you are not hurt at all by recent developments, that you are not part of this tension,” Yildirim said during the meeting, according to Anadolu news agency.

Relations between Germany and Turkey have been strained since last year's attempted coup and the subsequent crackdown, which Berlin has criticiyed to Turkey's chagrin.

The arrest of several German nationals as part of a purge of those suspected of links to the alleged coup-plotters and “terrorist” groups – along with German officials being denied access to a NATO base in Turkey – further raised tensions.

In the latest episode of the dispute last week, German Foreign Minister Sigmar Gabriel warned German firms against investment in Turkey and spoke of an “overhaul” of the entire relationship.

Turkey then reportedly listed 700 German firms as having links to companies suspected of terror funding – possibly putting their executives at risk of being caught up in the crackdown.

Turkey later said the request was a “communication error” and related to 140 Turkish companies, denying it had ever concerned German firms.

The EU warned this week that Ankara risks harming Turkey's economy if it didn't reduce tensions with the bloc, which it has been negotiating to join for a dozen of years.