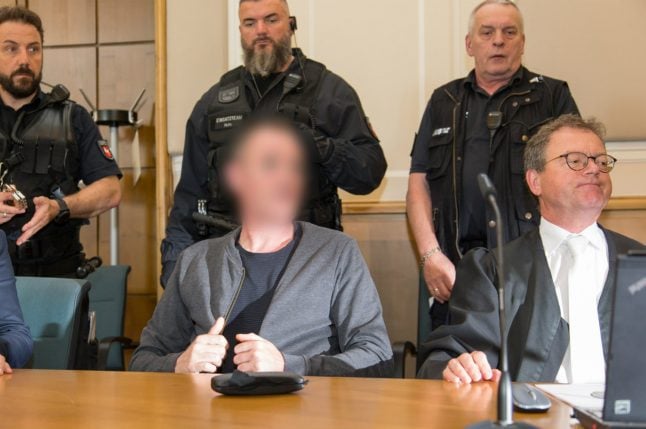 The Belfast-born man, 48, identified by Irish media as James Corry, was arrested in December at Frankfurt Airport after his extradition by Irish authorities.

A total of 15 hearings have been scheduled for the trial for attempted murder, according to the court in the city of Osnabrück in northwestern Germany, which did not name the suspect.

He is an alleged former member of a so-called “active service unit” of the Provisional Irish Republican Army.

He and four co-conspirators on June 28th, 1996 allegedly parked a small truck outside the city's Quebec Barracks and fired three mortar shells from an improvised launch battery.

Two of them failed to go off and the third hit the driveway of a nearby petrol station.

No one was injured, which the court said was “only due to sheer luck”.

In a statement read out by his lawyer in court, the defendant said he helped to install the mortar launcher.

He said the aim was not to kill as many British soldiers as possible, but simply to show that they were not safe even outside the UK.

The suspect also said he is no longer involved in the militant group, but refused to name his accomplices.

Another of the militants was sentenced to six and a half years in jail in 2003 by a court in the city of Celle.

The IRA (Irish Republican Army) ran a three-decade campaign of bombings and shootings during the so-called “Troubles” between Catholics and Protestants as it strove for Northern Ireland to break away from British rule and become part of Ireland.

The landmark 1998 Good Friday peace agreement ended most violence and the organisation later abandoned its armed struggle as part of the Northern Ireland peace process.