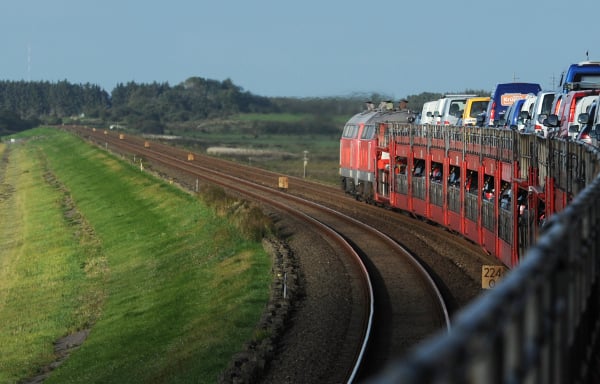 A Deutsche Bahn train on its way to Sylt. Photo: DPA

Police were alerted on Monday by a train traveller that a family of four were cycling along train tracks leading to the North Sea island of Sylt.

When the French family reached the resort town of Westerland on the island, police stopped them and took them into questioning, much to the tourists' surprise, according to police.

The couple and their children aged 18 and 20 explained that their French navigation system had shown a cycle path over the railway causeway leading from the mainland to the island. But such a bike path along the causeway does not actually exist.

Seven Deutsche Bahn trains were delayed as a result of this forbidden bike ride as trains were forced to slow down as a safety precaution. It remains to be seen, however, whether the family will have to compensate Deutsche Bahn.

Though people have petitioned for a cycle lane on the causeway, the only way to reach Sylt is via plane, train or ferry.

The French family promised to return back to the mainland via train.