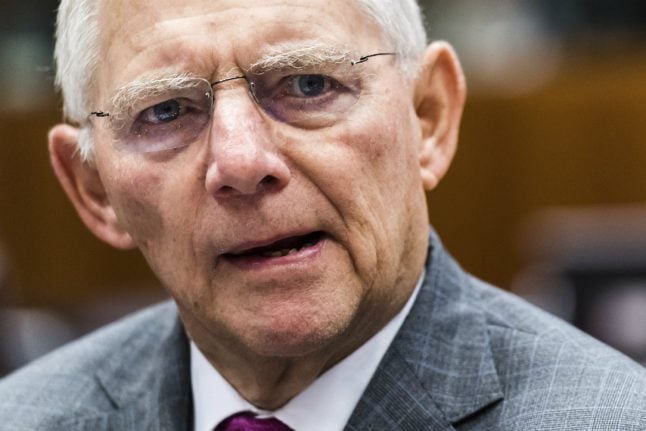 “Turkey is arresting people arbitrarily and not respecting even minimal consular standards,” said Schäuble on Friday.

“It reminds me of the way it was in the GDR. When you travelled there, you knew, if something happens to you, nobody can help you.”

Berlin stepped up its travel advisory for Turkey on Thursday and warned it would review state guarantees for foreign investment there – measures which Ankara labelled “blackmail and threats”.

Relations between Turkey and Germany, home to three million ethnic Turks, have been badly strained, particularly since a failed coup a year ago against President Recep Tayyip Erdogan.

Relations sharply deteriorated after a Turkish court on Tuesday ordered six rights activists to remain in custody for allegedly aiding a “terror” group, among them German citizen Peter Steudtner.

Germany has frozen all arms deliveries to Turkey, a newspaper reported on Friday, amid a row between the NATO partners that has sharply worsened since Ankara arrested several human rights activists.

Meanwhile Bild reported on Friday that Germany is also “freezing all planned and ongoing arms deliveries to Turkey.” The top-circulation newspaper did not cite a source for the report.

In the months after the July 2016 coup attempt, Germany already blocked 11 separate arms export shipments to Turkey, including handguns, ammunition or weapons components, according to media reports.

Chancellor Angela Merkel's right-hand man, Peter Altmaier, did not confirm or deny the report in a ZDF television interview but warned that “we will at any time consider whether further measures are necessary”.

Altmaier also confirmed that Berlin would urge Brussels to freeze €4.45 billion in EU funds theoretically earmarked until end-2020 for Turkey, a long-term aspirant for membership to the bloc.