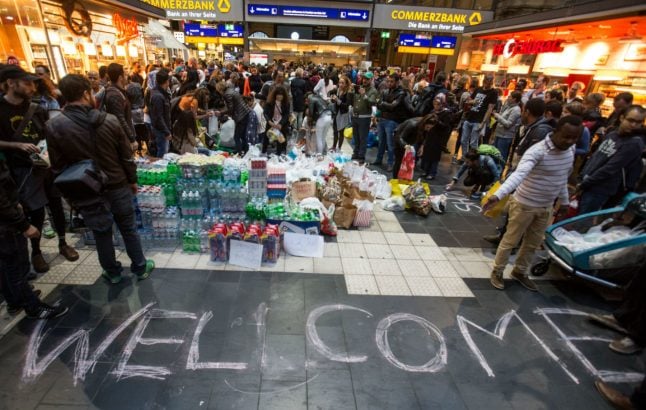 As hundreds of thousands of refugees arrived in Germany in 2015 and early 2016, daily newspapers took on the role of “public educators” rather than objective critics of public policy, a team of researchers at the Otto Brenner Institute conclude, according to a report in Die Zeit this week.

The report, which will be published on Monday, criticizes “the so-called mainstream media” for lining up behind Chancellor Angela Merkel’s open-door refugee policies, and for uncritically taking on “the slogans of the political elite.”

Journalists used the slogan Willkommenskultur (welcoming culture) to put moral pressure on citizens to contribute to the cause of supporting refugees, the study finds.

People who criticized the government policy were treated by journalists as suspect and potentially racist. At the same time, the newspapers saw it as their role to educate such people on becoming better human beings, the study argues.

“Most journalists failed in their job as someone who is supposed to objectively explain the world to readers,” Haller told Die Zeit.

The report concludes that the moralistic reporting by the major newspapers “massively contributed” to a loss of trust in the mainstream media and a split in German society.

Over one million asylum seekers arrived in Germany in total in 2015 and 2016, with numbers rising sharply after the government opened its borders in late August 2015. At the height of the crisis, tens of thousands of people passed into the country every day.

The arrival of huge numbers of refugees led to the rise of the Alternative for Germany (AfD), a far-right party which consistently opposed the government’s refugee policy. In national elections in September, the AfD are predicted to become the first party further to the right of Merkel’s conservative CDU to make it into the Bundestag (German parliament) in post-war history.

The term “Lügenpresse” (lying press) simultaneously became a popular term used at rallies held by the AfD and the anti-Islam Pegida movement.

Newspapers and broadcasters came in for particularly harsh criticism after hundreds of women in Cologne and other cities reported being sexually assaulted at New Year celebrations at the end of 2015.

The national media took days to pick up on the story, leading critics to claim that they were afraid to report on crimes which portrayed asylum seekers in a poor light.