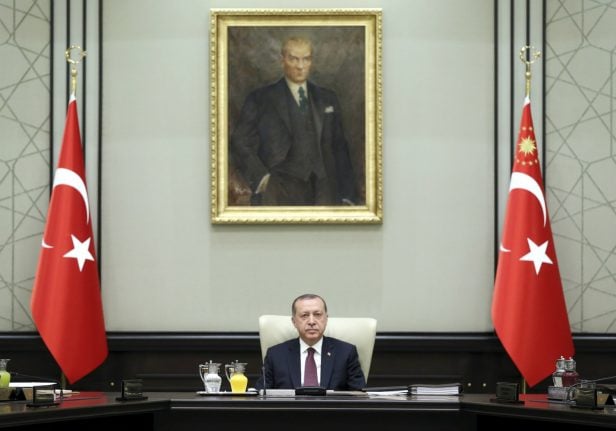 The detention of German human rights activist Peter Steudtner in Turkey this week on charges of supporting an armed terror organization has led Berlin to take diplomatic measures against Ankara.

Foreign Minister Sigmar Gabriel, who broke off his holiday due to the latest crisis in relations, announced on Thursday that the Foreign Ministry would change its travel advice for tourists visiting Turkey, warning it could not guarantee its citizens' safety amid mass arrests.

In 2015, tourism made up 3.7 percent of the Turkish GDP, according to the IMF. But terrorist attacks at busy tourist sites, an attempted coup, and feuds with Russia and the EU hit tourism hard in 2016, cutting 1 percent of the country's growth figures.

Gabriel also said the government would look into whether to stop providing financial guarantees to German companies that invest in Turkey.

Unconfirmed reports that Ankara handed Berlin a list of German firms that support terror organizations in Turkey added to the pressure on the government to act.

A report in Die Zeit suggested that Turkey has given Germany a list of 68 companies and individuals accused of supporting terrorism. Included on the list are giants of German industry such as Daimler and BASF, as well as a döner restaurant in North Rhine-Westphalia and a mini market.

Ever since opponents of Turkish President Recep Tayyip Erdogan failed in a coup attempt in July last year, the Turkish government has rounded up and jailed thousands of perceived political opponents, who they claim are connected to Fethullah Gülen, a preacher Erdogan says was behind the putsch.

Among the Germans currently sitting in jail in Turkey are Turkish-German Die Welt correspondent Deniz Yücel and the journalist and translator Mesale Tolu Corlu.

German opposition parties accuse the government of not following a hard enough line against Turkish Erdogan, who has repeatedly used incendiary rhetoric against Berlin over recent months.

But fighting fire with fire isn't so straightforward. A controversial refugee deal, signed between the EU and Turkey in early 2016, contributed to dampening a flow of asylum seekers into southern Europe, which had put serious strain on internal EU relations.

Under the deal, the EU promised to accelerate membership talks with Ankara and provide Turkey with €3 billion to spend on refugees, while Turkey agreed to take back refugees who had reached Greece by boat from its shores.

Omid Nouripour, the foreign affairs spokesman for the Green party, said on Thursday that it was time for Germany to cancel the refugee deal.

“The reluctance of the government to act is clearly motivated by a fear that Erdogan could open the door to Europe for refugees again,” he said.

“But this panic is no sound guide for making policy. Erdogan is testing us more and more often to see how far he can go.”

“Germany can’t let itself be pulled around by the nose,” Özdemir told the Rheinische Post. “It’s about time that we apply tough economic measures against Turkey.”

The Green party leader called for the government to stop providing financial guarantees for investments German firms make in Turkey. The guarantees provide security for losses incurred due to arbitrary application of political power.

“These insurances provide guarantees for up to a €1 billion every year,” said Özdemir. “The government should not issue any more guarantees for as long as Turkey continues on its strategy of escalation.”

But the government has so far been more conservative in the repercussions it has contemplated bringing in.

Justice Minister Heiko Maas said on Thursday that it is time for the government to take “a tougher line” against Ankara.

But at the same time, he said that “we need to remember that German citizens are currently sitting in jail in Turkey, who we want to have access to”.

“It would be a mistake to provide Turkey with the arguments at the moment to block this too.”