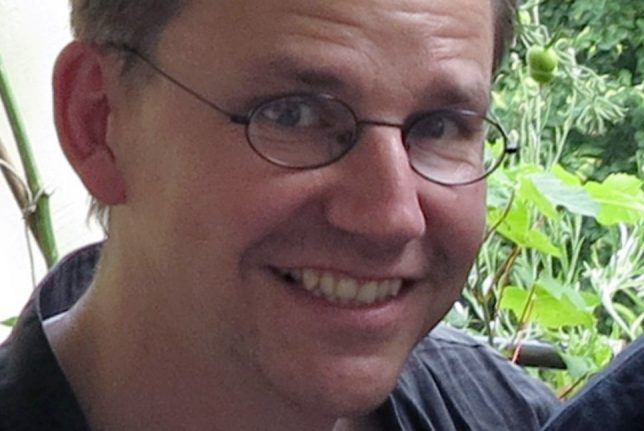 Merkel's spokesman slammed as “unjustified” the detention by Turkey of a German national among six human rights activists ordered to remain in custody for allegedly aiding a terror group.

“We stand in solidarity with Peter Steudtner whose detention in Turkey is unjustified and will advocate for him on all levels,” spokesman Steffen Seibert tweeted.

A Turkish court on Tuesday ordered that Steudtner and the five others – including Amnesty International's Turkey director – remain in custody, in a case the rights watchdog called a “travesty of justice.”

Steudtner and Amnesty's Turkey director Idil Eser were detained on July 5th with seven activists and another foreign trainer during a digital security and information management workshop on an island south of Istanbul. Steudtner and a Swede were leading the workshop.

Prosecutors accuse them of “committing a crime in the name of a terror organisation without being a member,” he said.

The ruling came a day after the activists, who have not yet been put on trial or formally charged, gave statements to prosecutors for the first time since their detention.

Eight of those detained were Turkish rights activists, including Ilknur Ustun of the Women's Coalition and Veli Acu of the Human Rights Agenda Association. Four of those have now been released, Gardner said.

Gardner said the court verdict was a “shocking travesty of justice.”

“It is politically motivated targeting not just of these six human rights defenders who have been remanded in pre-trial prison custody but it is taking aim at Turkey's entire human rights movement,” he told AFP.

“What we've learnt today is that defending human rights has become a crime in Turkey,” Gardner said.

“After this decision, none of us who defend human rights in Turkey, whether it is Amnesty International or other organisations, are safe in this country. This decision cannot be allowed to stand.”

Sweden's foreign ministry was “concerned by the detention of a Swedish national,” a spokesman told AFP, adding: “We are looking into the accusations.”

“When Erdogan throws more journalists and human rights defenders in prison, it is no longer possible to be silent,” he said.

The Turkish leader said this month the activists were detained on a tip-off they were working against the government, comparing them to those involved in a failed putsch in July last year.

Gardner earlier said the meeting had been a “routine” workshop and there was nothing suspicious about it.

Amnesty's secretary-general Salil Shetty said the investigation was not “legitimate”, branding it “a politically motivated witch-hunt that charts a frightening future for rights in Turkey.”

Turkish authorities have launched a massive crackdown on people suspected of links to a movement led by US-based Muslim preacher Fethullah Gulen, who denies Ankara's accusations of masterminding the attempted power grab.

Erdogan's actions since the attempted coup has continued to result in conflicts with Germany, especially with the arrests of German journalists.

German-Turkish Die Welt correspondent Deniz Yücel is currently facing charges in Turkey of spreading terrorist propaganda and inciting hatred after he reported on emails acquired through a hacker attack against Turkish energy minister Berat Albayrak, who also is Erdogan's son-in-law.

At the end of April, journalist and German national Mesale Tolu was detained, also accused of terror-related charges.

More than 50,000 people have been jailed and over 100,000 including judges, teachers, police and other state servants have been dismissed.

Gardner said before the most recent court ruling that country director Eser remained “in good spirits.”

“She sent messages that as soon as she is released she wants to carry on from where she left off,” he said.