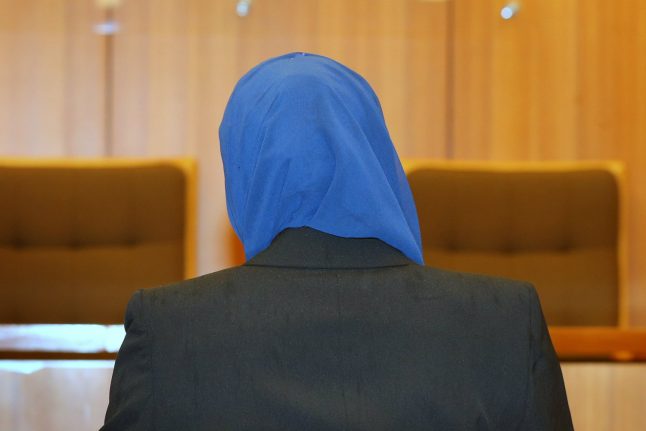 The woman’s lawyer received a letter from the presiding judge at the district court in Luckenwalde, informing her that “religiously motivated statements, such as the wearing of a headscarf, will not be allowed” during the court case, Tagesspiegel reported on Tuesday.

The letter warned that the woman could face legal sanctions if she does not comply with the instruction. At the same time, it instructed her to appear in person for the proceedings, leaving her in an apparently impossible situation.

The woman’s lawyer now plans to take legal measures against the court instruction, claiming it to be a breach of the constitution.

Officials in courts in Germany have a duty of religious neutrality, and are generally not allowed to wear religious symbols.

But civilians who appear in the court are not bound by the laws on religious neutrality. The Federal Constitutional Court ruled in 2006 that a judge has no right to expel a spectator from a court proceeding because they are wearing a headscarf.

Defence lawyers are also not bound by rules on religious neutrality, and may wear a headscarf or other symbols of religiosity.

The district court in Luckenwalde defended the decision, telling Tagesspiegel that the judge “is responsible for ensuring rules are adhered to in the courtroom, where religious symbols have no place.”

The judge’s decision has already caused controversy in legal circles.

Klaus F. Gärditz, an expert in constitutional law at the Friedrich-Wilhelms University in Bonn, described the letter as a deliberate attempt to “sexually humiliate” the woman.

The justice system cannot “pursue provincial racism and sexism under the pretext of following legal procedures,” Gärditz argued in the Legal Tribune Online.

He further claimed that the woman’s right to religious freedom of expression had been harmed by the decision.

SEE ALSO: When Muslim women are allowed to wear headscarves in Germany, and when not