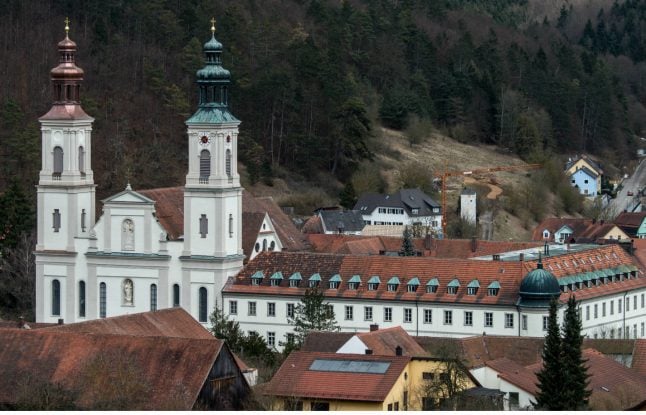 Kloster Pielenhofen, the school for the Regensburger Domspatzen until 2013. Photo: DPA

The Regensburger Domspatzen (“Cathedral Sparrows”), a 1,000-year-old cathedral choir in Bavaria, was in 2010 dragged into the massive sexual abuse scandal plaguing the Catholic Church in recent years.

Many victims remembered their time in the choir school as “the worst time of their lives, marked by fear, violence and helplessness”, said lawyer Ulrich Weber, who was commissioned by the diocese to look into the cases.

Presenting his final report on abuses between 1945 and the early 1990s, Weber said he had uncovered 67 cases of sexual abuse and 500 cases of other physical violence, with some former singers having fallen victim to both.

This more than doubled the 231 reported abuse cases he had uncovered through interviews by January 2016, when he said victims had spoken of rape, sexual assaults, severe beatings and food deprivation.

Weber pointed to a “culture of silence” and placed part of the blame for the situation on the school's former choir master Georg Ratzinger, the elder brother of former pope Benedict.

As head of the choir from 1964 to 1994, Georg Ratzinger could be “blamed for looking the other way and failing to intervene”, said Weber.

Georg Ratzinger, 93, has denied knowledge and said that the alleged sexual abuse was “never discussed” while he ran the choir.

Weber said the attacks were concentrated in the primary section of the boarding school in the town of Regensburg.

He said that 49 alleged perpetrators had been identified, but that they were not expected to face criminal charges as the alleged crimes took place too long ago.

The victims are now expected to receive €20,000 each in compensation.

The German scandal is one of several to have rocked the Catholic Church in recent years, notably in Ireland where one priest admitted sexually abusing more than 100 children.

Several German institutions have also been engulfed by the scandal, including an elite Jesuit school in Berlin which had admitted to systematic sexual abuse of pupils by two priests in the 1970s and 1980s.