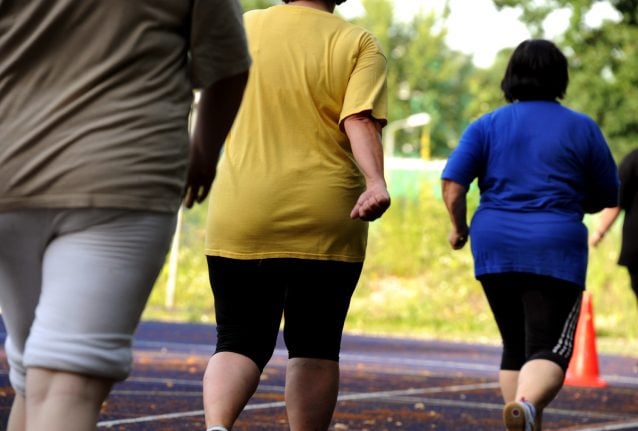 The most recent research by the Robert Koch Institute between 2008 and 2011 found that two-thirds of men and half of women in Germany were overweight. A quarter of the total adult population is considered obese.

The research further showed that 6.3 percent of kids and teens were obese, which was 50 percent more than in the 1980s and 1990s.

As politicians and health experts debate how to combat the population becoming ever heavier, some perhaps unlikely helpers have stepped into the ring.

Discount supermarket chain Lidl says that by 2025, it will reduce the salt and sugar content of its home brand products by 20 percent, starting with breakfast cereals. The amount of sugar in Lidl’s Honey Rings, for example, will decrease by 30 percent to 23.9 grams per 100 grams.

“The other business groups will be hard put to name a concrete goal with a figure.”

And now other supermarket chains are also speaking out on the topic.

“We want to encourage our customers to have a balanced diet and have introduced for some years a healthier product selection,” said Aldi Nord.

Aldi Süd – which is financially and legally separate from the other Aldi – meanwhile says that they “fundamentally strive to keep the sugar content of our traded items as low as possible”.

They added that they have “already implemented individual recipe changes in many product areas related to reducing salt and sugar,” including in breads, müsli and desserts.

Real, another chain, says that by the end of this year, it will review the recipes of its own branded products “and where appropriate, improve them”.

Rewe also put new plans on the table. The grocery store company says that their long-term programme to alter ice cream, cereals, bread and drinks should “preferably involve no substantial changes to the senses”, explaining that customers’ expectations for how things should taste only change over a long period of time.

“We want to give our customers time to adjust their tastes to the different recipes,” explained a Rewe spokesman.

But the company would not say exactly how much sugar and salt content would be reduced.

According to Rewe, dramatically reducing salt and sugar in one go makes food taste too much like “another product” for customers.

Government nutrition authorities have recently developed a strategy of working with private companies to voluntarily make their products healthier.

But Foodwatch says this is not the right path forward. Instead, companies could be taxed extra for particularly sugary products like soda.

“Most soft drinks don’t refresh you, they make you sick,” says Huizinga.

“In Germany, there is a big discrepancy between proclaimed and actual consumer behaviour,” the professor says.

“If you ask the consumer what they bought at the supermarket, they will only name healthy groceries. But when he is standing in front of the shelves, he will nevertheless buy Coca-Cola and fatty pork belly to grill.”

Therefore, Heinemann says the public needs to be better informed, noting that it is still positive to see the supermarket making small changes.

“The offers on the shelves are getting better, but this is still far from good.”