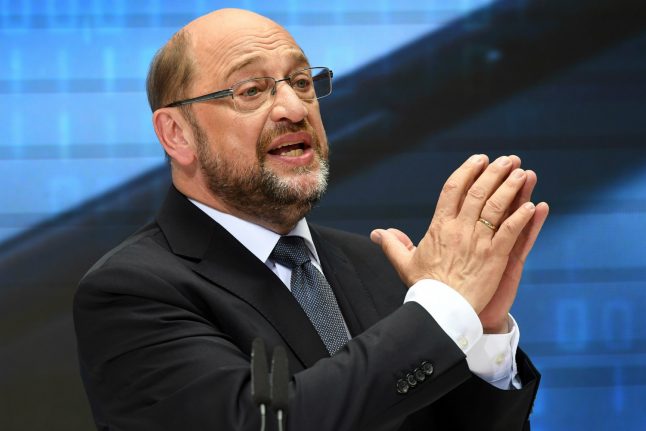 Cash-rich Germany is also facing pressure from its trading partners to spend more to cut its massive trade surplus, and the issue is feeding into the looming ballot race.

Berlin “must use its money to improve public infrastructure according to binding rules,” Social Democratic Party (SPD) candidate Martin Schulz said at a campaign event in the German capital.

Schulz did not call for the lifting of the “debt brake” built into the German constitution at Merkel's behest in 2009, which sets legal limits on deficits in federal and regional budgets.

Merkel insisted her conservative-led governments had “achieved a balanced budget and massively increased investments at the same time” in an interview with ARD public television later Sunday.

“We already fix [investments] in many areas in our medium-term spending plans,” she said.

German public spending is a hot topic at home and abroad. Trading partners have called on the government to invest more as a way of reducing its massive trade surplus – the amount its exports outweigh its imports.

Countries like France or the United States argue that while Germany is happy to rake in cash from selling its goods abroad, it fails to help other economies by spending at home to contribute to economic growth.

French President Emmanuel Macron said in an interview published Thursday that Germany had to move on investment.

And The Economist magazine labelled trade surpluses “the German problem” on its latest cover.

It accused the country of saving too much and spending too little alongside an image of the imposing German eagle – its wings incorporating a graph of trade statistics.

But the SPD argues that increasing investment is a matter of “intergenerational fairness”, slotting it into a 10-point programme alongside improving social justice and a stronger European Union.

The plan would oblige the state to spend on high-speed internet connections, transport links, renewable energy and education, especially in the country's economically weakest regions.

Rather than increasing the amount of cash available for investment, Merkel told ARD, it was more important to speed up planning processes and reduce the number of avenues for legal challenges to construction projects.

“We are unable to spend the money we have at the moment” because of such problems, Merkel complained.

She reiterated a commitment to spend one-third of budget surpluses on investments in the next parliament.

Schulz, a former president of the European Parliament has a formidable opponent in Merkel.

She has regained a commanding lead in opinion polls after Schulz enjoyed a brief surge that took the SPD within touching distance of the Chancellor earlier this year.