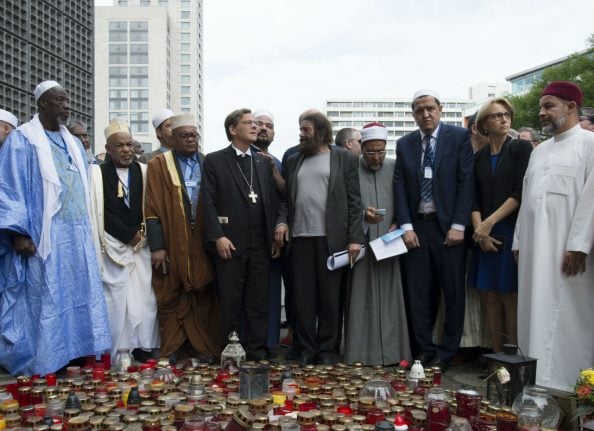 The event, which attracted a few hundred participants, was part of a “March of Muslims Against Terrorism” by imams who set off by bus from Paris on Saturday.

The gathering in the German capital took place at the Breitscheidplatz square, where a Tunisian who had failed in his attempt to seek asylum ploughed a hijacked lorry through crowds at a Christmas market, an attack that killed 12 people.

The Islamic leaders held a prayer for the victims, joined by local Muslim, Christian and Jewish representatives.

Imam Hocine Drouiche from the southern French city of Nimes was quoted by German media as saying that the event was meant to send a “message of fraternity against terrorism”.

The Lutheran bishop for the Berlin region, Markus Dröge, praised the imams' tour.

“Religion is the way of peace,” he said. “Violence, hatred and terror betray faith and betray God.”

A total of about 60 imams are meant to join the tour of European cities, taking in Brussels, Toulouse and Nice – which have all suffered deadly assaults by Islamic extremist assailants — before returning to Paris on Friday.