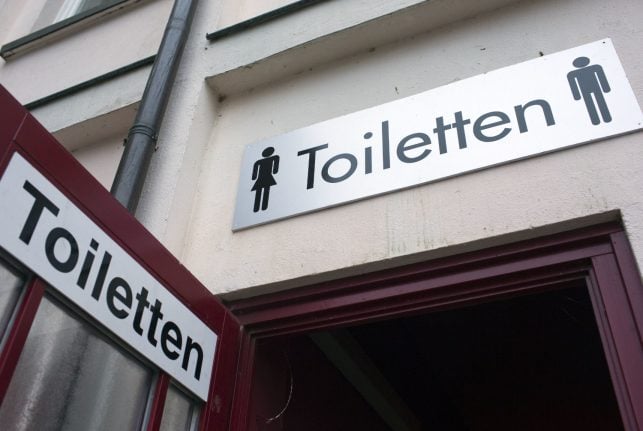 According to an audit report by the Berlin justice ministry seen by Tagesspiegel on Monday, many of the bathrooms in Berlin’s government administrative buildings could be converted into unisex facilities without great effort.

“The building scan showed that having toilets for all sexes in many places would be simple to implement,” said justice minister Dirk Behrendt, who is also responsible for anti-discrimination projects.

Such unisex toilets are intended to reduce discrimination against transgender and intersex individuals, as well as to avoid a ‘culture war’ such as the one in the United States, Behrendt explained to Tagesspiegel.

“Bathroom bills” have been considered in more than a dozen American states in just the 2017 legislative session, according to the National Conference of State Legislature. North Carolina passed and later repealed in March a measure that stated that individuals could only use government building restrooms that corresponded with the sex stated on their birth certificates.

The law was widely denounced by LGBT organizations, as well as by businesses like German bank Deutsche Bank, which froze its job expansion plans inside the state in response.

Berlin, meanwhile, is looking into how to make its bathrooms more inclusive.

“In trains and airplanes, the toilets are also not separated by sex, and that doesn’t bother anyone,” said Behrendt.

The cost of converting each bathroom facility is estimated to be “at a maximum, around €500,” according to the audit. In many cases, the only renovation needed would be to change the sign.

Some public building bathrooms have already been adjusted, such as the office for labour administrators, which was changed a year and a half ago. The justice ministry itself also has one unisex toilet.

The audit further suggests that in the “medium- to long-term”, some buildings with a large number of visitors should have “multi-function toilets” with more accessible sinks and baby-changing stations to make the facilities more family-friendly.

The total cost estimate has not yet been given.