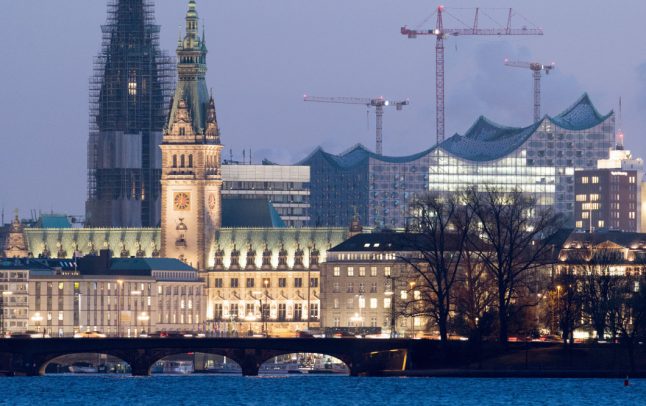 Hamburg: often correctly associated with the famed Reeperbahn red-light district, of which Beatles and Police music is made of. Often incorrectly linked to the hamburger.

Much of it was destroyed in the Second World War, and in the direct aftermath, places like the Reeperbahn caused it to become synonymous with crime and vice. But it has since developed into one of Germany’s wealthiest cities with a relatively high concentration of millionaires and billionaires.

As the world’s elite congregates in the German port town for the G20 summit, I’m determined to see another side to it, using helpful suggestions from our readers (and, I’ll admit it, Yelp).

From my home in Berlin, the journey is a simple, direct high-speed ICE train ride, just under two hours from the capital’s central station. The trip is a pleasant jaunt through Germany’s green countryside of forests and farms, overcast though today with charcoal rain clouds looming ahead.

And I’m pleasantly surprised that the Wifi onboard this train is performing fabulously as I type.

8.30am – Arrival and first impressions

Just arrived in #Hamburg for the #G20 #G20HAM @TheLocalGermany pic.twitter.com/Fmmay4UHi2

8.41 am – Arriving in hamburg I’m already impressed by the architecture around the central train station with both an old section and a new glass structure. Helicopters are buzzing about, the streets seem to be mainly quiet and shut down by police patrols. At least one S-Bahn line is at least partially closed.

On my way to find my Airbnb.

A Deutsche Bahn worker and Hamburg native helping me find my S-Bahn train tells me that to natives, what bothers them most about the G20 is not so much the politicians, as the protests like the one last night.

“To me, that's not within protest rights when things are burning and police are attacked,” he said.

But what would he say to world leaders if he met them, particularly to Donald Trump?

“He's a nut job. He should leave office. He's a poser,” he said, noting that Hamburgers generally do not understand the US President.

Going to Airbnb in Sternschanze area, known for nightlife + activist scene, as shown in No #G20 signs, even on Asian food shop windows pic.twitter.com/YyX2BmT0Jj

9.41 am – Airbnb host gives her take on Thursday night’s riots

As I drop off my things at my Airbnb in the Sternschanze – a left-wing neighbourhood that was hit by rioting last night – my host can't help but start up a chat with another guest about the protests.

“A friend of mine said police started it. They were standing peacefully, listening to some music, and my friends weren't masked. Then the police used tear gas, then the water guns,” she explained. “It very quickly changed in one moment, and then they wanted to separate the demonstration.”

“The whole crowd was blocked inside by police. It was violent from the police side but also from the side of the demonstrators, then they came to the Sternschanze and then I knew it was going to get violent in Hamburg, it's a city of the left.”

Despite her neighbourhood being known for its left-wing scene, my host says “No, I am not scared. I am fine.”

When shop windows put up the signs that say “no G20”, my host tells me it could in part be to protect their stores, a signal that they are with the protesters.

A Dutch guest said she dropped some plans to do sightseeing to watch the protests.

“It's once in a lifetime, when else do you get to see the city like this?”

May 1st, when there are often left-wing protests in Hamburg, does not compare to what happened on Thursday evening, says my host.

People enjoying breakfast as about half a dozen police vans whizz by #Hamburg #G20 #G20HAM pic.twitter.com/2QA5I1G4FZ

10.20 am – Reports of serious rioting, Emma has been diverted to cover them.