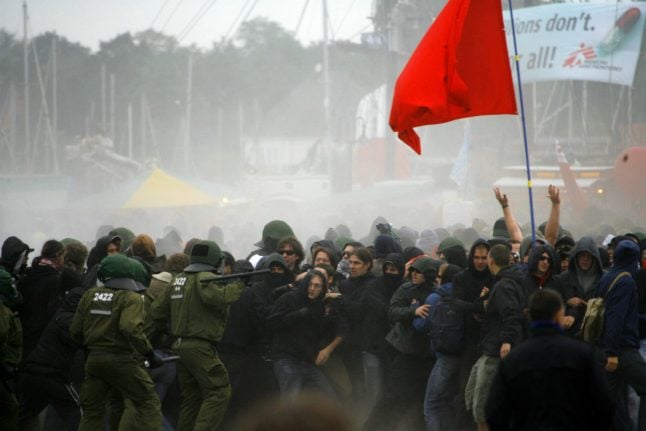 Police clash with protesters at the Heiligendamm G8 summit in 2007. Photo: DPA

The first warning signs that there would be trouble ahead at the G20 came on Sunday evening, when police broke up an unauthorized protest camp. In the resulting fracas, protesters threw paint balloons at officers and police responded with pepper spray. Demonstrators claim that several people were injured.

On Tuesday night, there was more trouble as police used water cannon and pepper spray to break up several demonstrations across the city.

But these disputes are likely to just be the initial skirmishes before the battle lines are fully drawn. On Thursday the potentially violent “Welcome to Hell” protest is being held. Organizers have warned that activists will seek to block access to the summit venue and, as usual, “reserve for themselves the option of militant resistance” against police.

Critics have asked why Hamburg was chosen as the venue for the summit, which along with the smaller G7 is often the focus of anti-capitalist ire.

Hamburg, like Berlin, is known for having a resilient far-left scene. The choice of location in Hamburg is also a potential spark to the dry gun powder. The G20 venue is right next to the Sternschanze district, the Hamburg neighbourhood most synonymous with the left-wing squatter movement,

According to Hamburg police figures released in the build-up to the summit, 1,090 left-wing extremists live in Germany’s second largest city, 620 of whom are considered potentially violent. Police are expecting up to 8,000 potentially violent extremists at the event. City authorities have said demonstrators are plotting “the biggest black bloc of all time”, referring to the anarchist-associated movement that often sparks riots at major demonstrations.

In response to the threat of violence, Hamburg has banned rallies from the inner city and along access roads to the airport, forcing marchers into harbourside areas of St Pauli and Altona, away from the G20.

A report by the Federal Office for the Protection of the Constitution (BfV) released on Monday showed that the radical left scene in Germany in growing to a size never previously witnessed. The internal intelligence agency categorizes 28,500 people as being part of the radical left, an increase of seven percent in a year.

If protests do turn violent, it certainly wouldn’t be the first time that a left-wing demo has spiralled out of control in recent German history.

When the G8 summit was held at Heiligendamm in 2007, black bloc activists turned on police and left over 400 of them injured. A NATO summit held in Baden-Württemberg and France was also accompanied by violence in 2009, with rioters setting fire to buildings, rubbish bins and attacking private property.

In 2015, at a demonstration against the European Central Bank in Frankfurt, police were partially overwhelmed by the scale of the violence. As many as 130 officers were injured and much of the city centre was choked by smoke as rioters set light to vehicles and rubbish bins.

It isn’t just the far left who are represented in large numbers in Hamburg. City police claim there are 330 far-right extremists in the city and 640 Salafists, 310 of whom are considered potentially dangerous.

The BfV say that nationwide, both of these groups have grown in size and affinity for violence over the last 12 months.

“We need to assume that more terror attacks by lone wolves or terror commandos could happen in Germany,” Interior Minister Thomas de Maizière said on Monday.

The city says that it won't be taking any chances at the G20, with soldiers, the navy and the air force supporting the police in securing the city. Authorities say they must protect leaders, some 10,000 delegates and almost 5,000 media workers from both the threat of a terrorist attack and violent street protests. 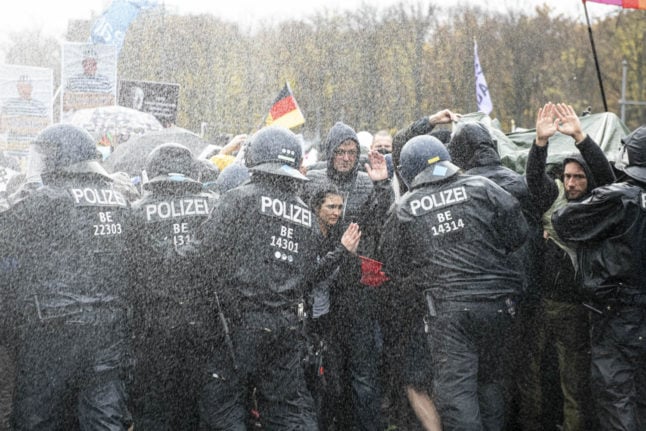 PROTESTS
IN PICTURES: Here’s what happened at the anti-coronavirus measures protest in Berlin 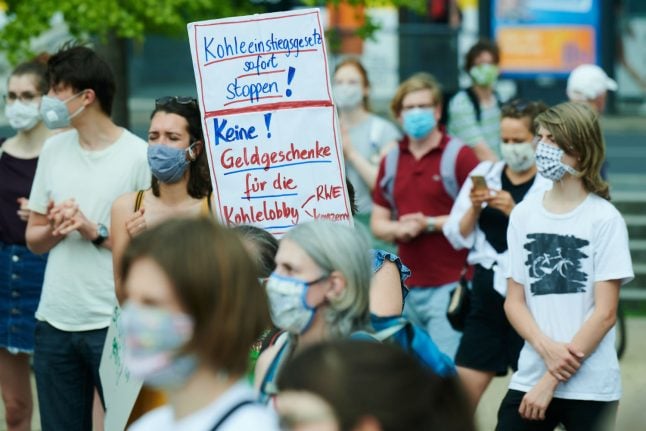 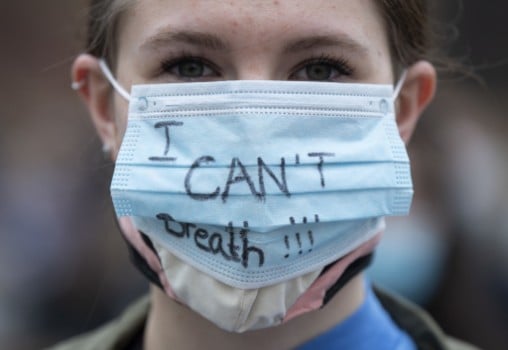 A protest against police violence in Frankfurt. Photo: DPA 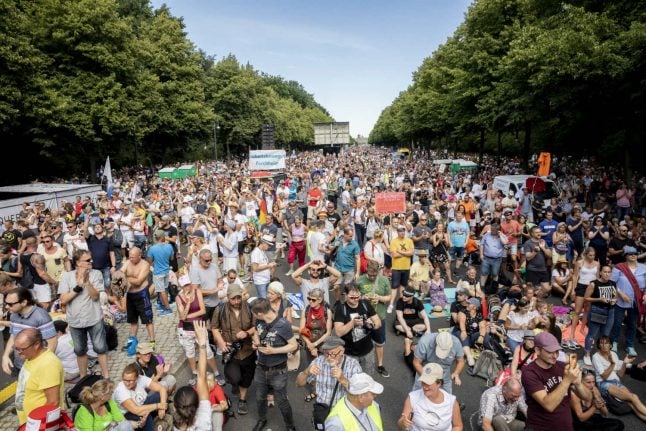