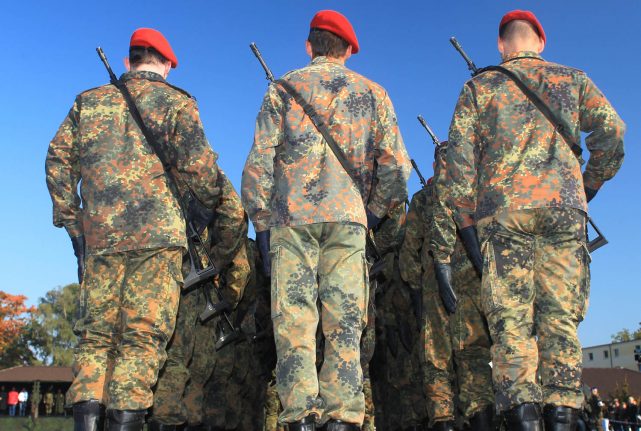 Sources told DPA on Wednesday that troops were advised by their leaders not to wear their fatigues outside of service between Wednesday and Sunday, explaining that there could be violent attacks against them by extreme left-wing G20 protesters.

They were also told to avoid using official military vehicles, unless necessary for their duties.

Soldiers will be permitted to wear their uniforms while on duty, as many are set to help the tens of thousands of police officers deployed for the summit, which runs Friday and Saturday. Officers will be located at military properties, for example, and the Bundeswehr hospital will also be used for anyone who sustains injuries.

In addition, the Air Force will be monitoring the restricted flight zone over the city using radar to detect any drones. The German Navy will also be lending two underwater drones to protect the harbour, as well as a landing craft and three helicopters.

The German Constitution only allows the use of the Bundeswehr internally in exceptional cases, such as providing assistance during the refugee crisis, or during a natural disaster.

Hamburg’s interior minister has cautioned that militant left-wing demonstrators are plotting “the biggest black bloc of all time”, referring to the anarchist-associated movement that often sparks riots at major demonstrations.

So far this week, there have been clashes between protesters and police over the disputed attempts by demonstrators to camp out in the city, with police using pepper spray and a water cannon to clear out campsites, injuring some protesters.

After a back-and-forth through the courts, campers received a partial victory on Wednesday with a ruling that demonstrators would be able to put up 300 tents, each made for no more than three people, on the peninsula of Entenwerder.