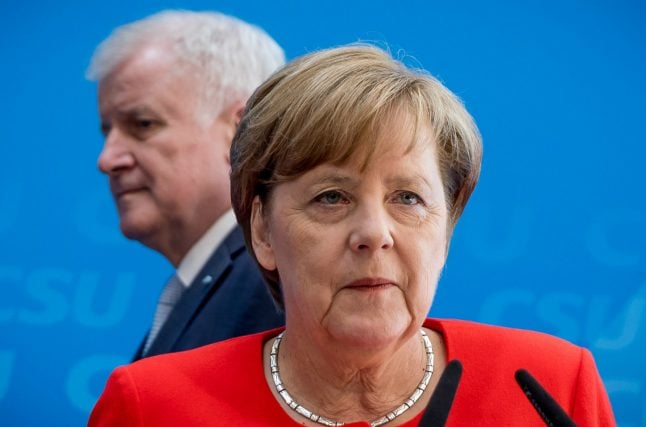 As she gears up for a high-profile week on the world stage hosting a G20 summit with guests including US President Donald Trump and Russian President Vladimir Putin, Merkel presented a programme she said was focused on bolstering Germany's economic strength and social cohesion.

The clear front-runner in the race for the September 24 poll, Merkel said the signature pledge for her conservative Christian Democrats and their Bavarian allies, the Christian Social Union, would be to slash the jobless rate by 2025 to three percent – defined by economists as full employment – from about 5.5 percent today.

“This is a government programme that will bring the country together and not divide it,” she told reporters.

MUST READ: Demand for employees in Germany reaches record high “Our programme for Germany is prosperity and security for all,” she said, noting that when she became chancellor in 2005, five million Germans were out of work – more than 10 percent of the labour force.

The sister parties adopted the slogan “For a Germany in which we live well and happily”, transforming the initial letters of the German phrase into a playful, if unpronounceable, Twitter hashtag: #fedidwgugl.

If Merkel completes another four-year term she would match the record set by her late mentor Helmut Kohl, the father of German unity, at whose funeral she spoke at the weekend.

Merkel's main challenger, Martin Schulz of the centre-left Social Democratic Party (SPD), enjoyed a brief surge in the polls earlier this year but is now trailing her party by more than 15 points.

The former European Parliament president launched his campaign one week ago vowing to achieve “more social justice”, with reforms to taxes as well as unemployment and childcare benefits.

But Schulz has found it difficult to get traction with voters against the popular Merkel, with the economy humming and the 2015-16 influx of more than one million refugees now slowed to a trickle.

A frustrated Schulz stunned some observers by accusing the chancellor of an “attack on democracy” by systematically refusing to engage with him in the campaign or make her plans known.

Even an ultimatum on same-sex marriage largely backfired when Merkel suddenly dropped her firm opposition last week, paving the way for a historic vote on Friday with a large majority in parliament to legalise it.

Monday's programme presentation was intended to put some meat on the bones of a election platform that has until now centred almost entirely on Merkel herself as a safe pair of hands in a turbulent world.

“We are looking forward to the future with gusto and we have the strength for it,” a confident Merkel declared.

In a show of unity, the CDU/CSU unanimously approved a manifesto pledging to lower income taxes by 15 billion euros ($17 million) without raising the deficit in Europe's top economy, offer more financial assistance to families with children, earmark more funds for police and the military and approve a new law to draw more skilled foreign workers to Germany.

Trump has made the bluntest attacks on the imbalance, and experts at the International Monetary Fund as well as European allies such as France have all called on Germany to reduce it.

But the modest scope of the cuts is unlikely to satisfy the loudest critics.

Merkel's government faced heavy pressure two years ago when it opened the nation's borders to a mass influx of refugees, deeply dividing the country between ardent supporters of the policy and angry opponents, including within her own conservative camp.

But as the arrivals have slowed sharply, the issue has faded from public debate, as the upstart anti-immigration Alternative for Germany party slipped back into single digits in the polls.