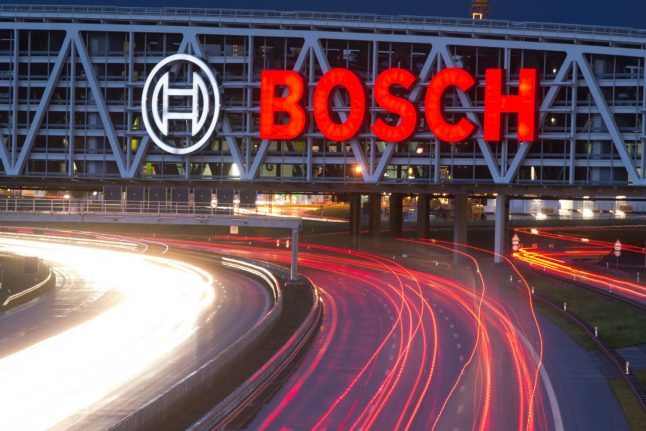 The probes focus on “initial suspicion of aiding and abetting fraud in connection with possible manipulation of emissions treatment in Volkswagen vehicles,” said a spokesman for prosecutors in Stuttgart, southwest Germany.

All of the accused are managers, with the highest-ranking of the three a member of Bosch's middle management, he added.

Until Thursday's announcement, the investigation had been directed against persons unknown at the firm.

A Bosch spokesman said the firm was “cooperating unreservedly” with investigating authorities, but refused to comment on the details of the case while the probe remains open.

Volkswagen admitted in 2015 to installing so-called “defeat devices” in 11 million vehicles worldwide, designed to lower harmful emissions during regulatory tests but not in real on-road driving.

Bosch has so far acknowledged only that it provided elements of the software used in the cheating to Volkswagen, and has yet to complete an internal investigation launched soon after the scandal broke.

The Stuttgart-based group agreed in February to pay more than $300 million in compensation to American plaintiffs over “dieselgate” — without admitting criminal responsibility.

Prosecutors also confirmed Thursday that they were investigating persons unknown at Bosch over a case of suspected emissions cheating in diesel vehicles built by Mercedes-Benz owner Daimler.