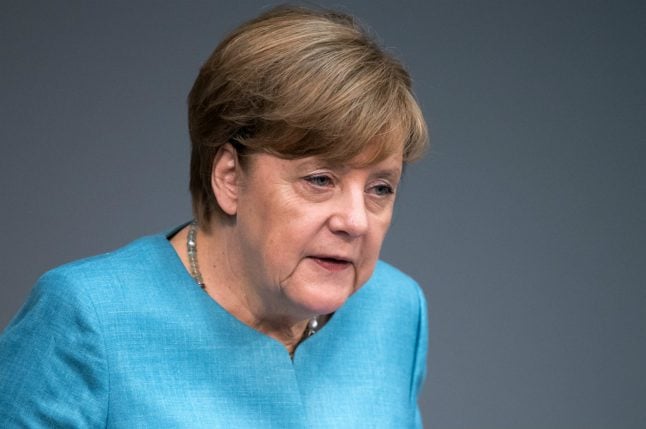 “Those who think that the problems of this world can be solved with isolationism or protectionism are terribly wrong,” she told the German parliament ahead of the July 7th-8th Group of 20 summit.

She acknowledged that even within export powerhouse Germany, there are anti-globalisation voices and critics against free-trade agreements.

“But protectionism isn't the answer,” she said, adding that at the G20 summit in the northern city of Hamburg, Germany's biggest port, she would be seeking a “clear signal for open markets and against sealing off”.

Merkel's stance on trade sets her on a collision course with US President Donald Trump, who has championed an “America First” policy and whose administration refused to sign up to an anti-protectionist pledge at a G20 finance ministers' meeting in March.

Merkel also said in the Bundestag that Europe was “more determined than ever” to fight climate change, despite US President Donald Trump leaving the Paris agreement.

Speaking a week before hosting a G20 summit, she called global warming an “existential challenge” for humanity and said the 2015 Paris deal was “not negotiable”.

Merkel huddles with western European allies later on Thursday to draw up a battle strategy a week before she hosts what is expected to be the most fractious G20 summit in years.

With Trump preaching “America First” and dismissing climate change, Western allies are struggling to find a common front at the gathering – unlike previous summits when differences were drawn along global north-south and east-west lines.

With Russian President Vladimir Putin, Turkey's Recep Tayyip Erdogan and Saudi King Salman in the volatile mix for the power meet, the list of potential minefield issues include the Syrian war, the Ukraine conflict and the diplomatic shut-out of Qatar.