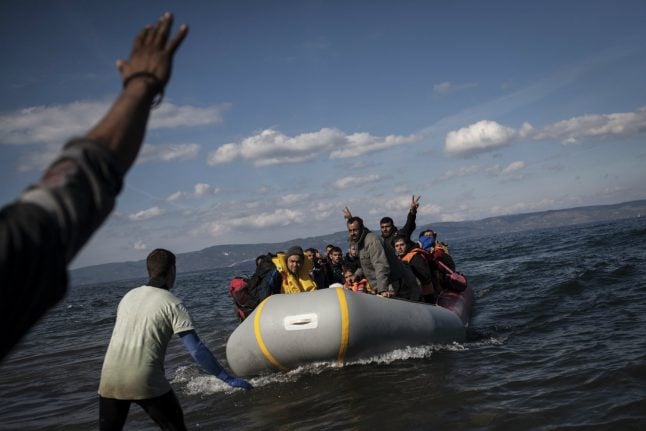 Refugees arrive on the island of Lesbos. Photo: DPA

The case was heard by a court in the southern German state of Bavaria, the residence of one of the three accused men, a 27-year-old from Aleppo.

The defendant and another man, 34, also from Aleppo, are accused of smuggling people from the Turkish city Izmir to Greece on six separate trips.

They recruited the third defendant, 24, to steer the boat on one of these trips, promising him free passage on the vessel, prosecutors said.

In September 2015, the third man was steering the boat with at least 46 people towards the Greek island Lesbos when it collided with a freighter and capsized, according to prosecutors.

Witnesses in the trial include refugees smuggled to Europe.

If convicted, the three men risk several years in jail.

Migration to Europe soared in 2015, as people desperate to flee the worsening conflict in Syria risked their lives attempting the dangerous crossing.

The International Organization of Migration registered a huge jump in the number of arrivals by sea that year, including 853,650 on Greek shores.