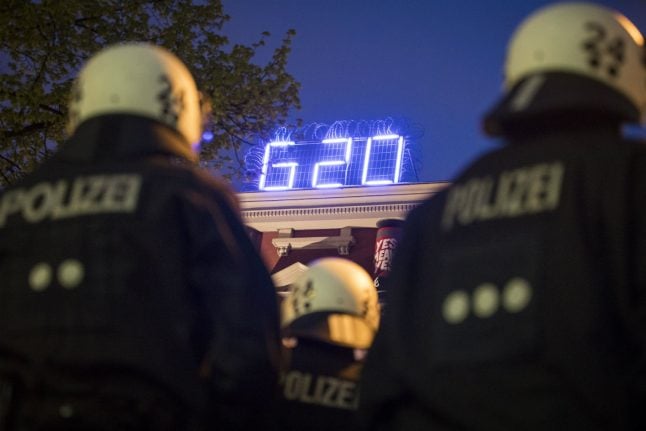 According to a report in Spiegel on Tuesday, three police units have been sent back to Berlin. The police had arrived in Hamburg on Sunday and were being housed in a container camp originally built for refugees.

Officers were seen having sex in public and urinating in a group on fences. Meanwhile neighbours had complained about “party noise” from the camp, while property damage was also reported.

“One female officer was seen dancing on a table dressed only in a bathrobe with a weapon in her hand,” said B.Z. daily, which published photos of the cops posing with their drinks as well as the dining site in disarray after the party.

At least one officer was also involved in a punch-up with a colleague from the western city of Wuppertal, public broadcaster RBB reported.

Berlin police confirmed on Twitter on Tuesday morning that the police units they had sent to Hamburg to support the city during next month’s G20 summit had been sent home.

The police officers in question are now set to be interrogated over their behaviour, with Berlin authorities promising consequences.

The police force of Germany's party capital Berlin is no stranger to controversy.

Others preferred to view the latest scandal with mirth.

The G20 summit is to be held in Hamburg on July 7th and 8th. Among the guests will be Donald Trump on his first visit to Germany while President of the US.