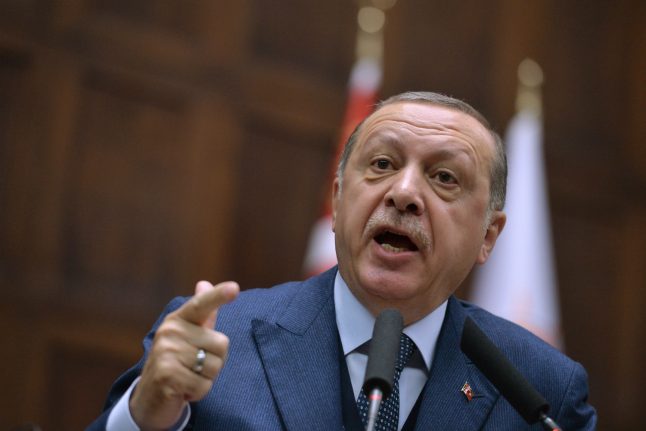 “Those bodyguards will not accompany the Turkish President to Hamburg [for the G20 summit],” said Foreign Ministry spokesman Martin Schäfer on Monday, referring to nine Turkish security officials and three Turkish policemen who attacked demonstrators in the US capital in May.

US authorities have issued arrest warrants for all twelve men.

The assaults took place outside the Turkish embassy in Washington where demonstrators had gathered to protest during a meeting between Erdogan and US President Donald Trump.

Nine people were injured in the attack.

Erdogan has reacted furiously against the arrest warrants, claiming that he was not sufficiently protected by US police.

Welt am Sonntag reported at the weekend that Germany had made clear to the Turkish government that none of the men being sought by the US were welcome in Germany for the G20 summit, which will be held in Hamburg on July 7th-8th.

The request was sent after Turkish authorities handed a list of 50 people who would accompany Erdogan to German authorities, including several people for whom US authorities have ordered arrest warrants. Berlin was determined to avoid similar scenes of violence, the weekly paper reported.