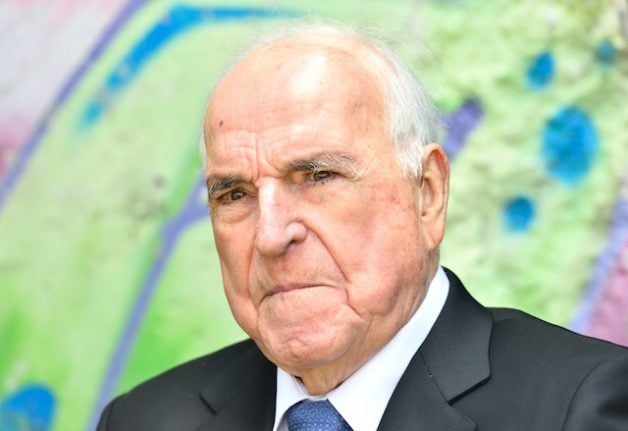 Helmut Kohl in 2014. Photo: Uwe Anspach/DPA
“I find the latest developments not worthy of my father, nor of Germany and Europe,” said Walter Kohl, 53, who with his brother Peter are from Kohl's first marriage.
In an interview on the weekly Die Zeit website, Walter Kohl criticised the lack of national funeral services, which were refused by his stepmother Maike Kohl-Richter.
READ ALSO: Helmut Kohl, the giant who towered over European politics
He also complained about the choice to bury his father in a cemetery in Spire in southwest Germany and not the family tomb in the town of Ludwigshafen, where Kohl died on June 16 aged 87.
Those decisions were made by Kohl-Richter, 34 years her husband's junior, whom he married at age 78.
The funeral plans for Germany's longest serving post-war leader, in office from 1982-98, include a European ceremony in Strasbourg on July 1.
German Chancellor Angela Merkel, French President Emmanuel Macron and former US president Bill Clinton are due to speak at the ceremony.
READ ALSO: US presidents hail Kohl as 'one of the greatest'
Kohl's body will then be taken to the Spire cemetery and his son says he will not take part in the burial.
Walter Kohl had wanted his father's casket to be taken to the German capital for “a national hommage, an ecumenical requiem and a military farewell ceremony” near the Brandenburg Gate, where the German leader had witnessed the fall of the Berlin Wall in 1989.
Kohl is hailed as the father of Germany's 1990 reunification, having convinced Western partners and Russia's Mikhail Gorbachev that Germany's capitalist west and communist east must become one nation again.
Because of a long-running feud with Kohl-Richter, whom the German press say jealously guards her husband's political legacy, Walter Kohl had not had contact with his father for many years and learned of his death on the radio.
READ ALSO: Ugly family feud tarnishes mourning for ex-Chancellor Helmut Kohl
In a best-selling book, he told of his sufferings in childhood living in the shadow of a political giant who was for him an absent father. 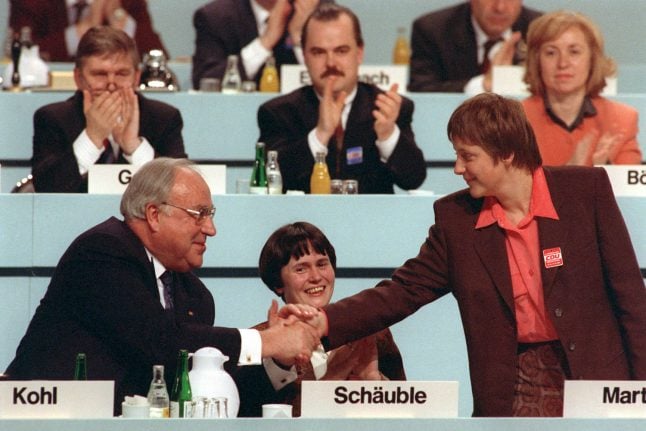 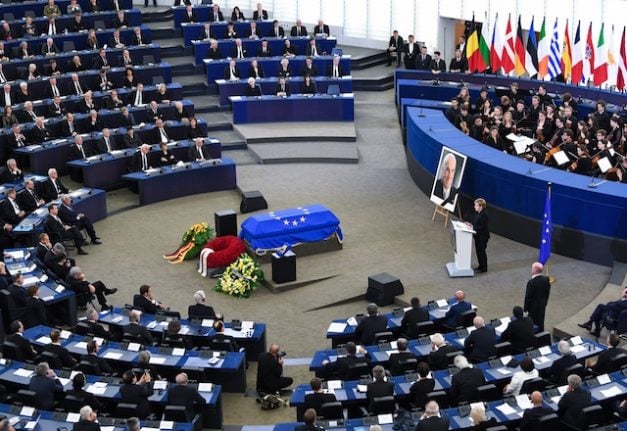