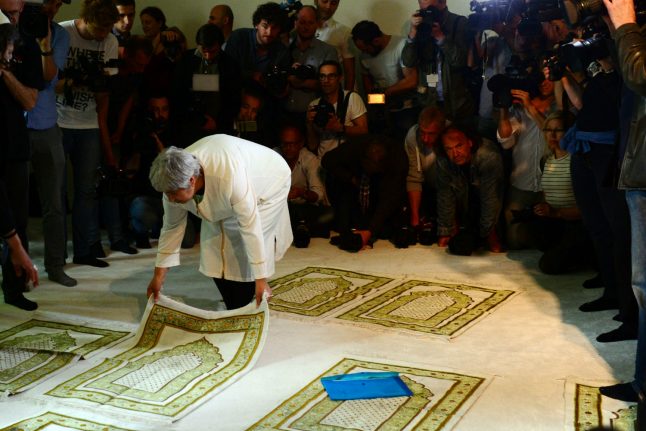 Diyanet, which oversees religious activity in Turkey, said that such ideas were in line with projects led by the group of Fethullah Gulen, who Turkey blames for the July 15th failed coup.

Men and women pray side by side at the mosque that opened earlier this month in Berlin, which has female imams and where Muslims of all sects of the faith are welcome to worship together.

Supporters of the Ibn Ruschd-Goethe mosque said it would allow liberal Muslims to worship freely but in a tough statement Diyanet took a different stance.

It said that the mosque “neglects” the basic principles of Islam and was “incompatible with the worship, knowledge and methodology” accumulated since the faith was founded by the Prophet Mohammed 14 centuries ago.

“It is clear that this has been a project carried out for many years by FETO and other ill-gotten structures for the engineering of religion,” it added.

“We are convinced that all fellow believers will keep their distance from such provocations and show wisdom in the face of this,” Diyanet said in the statement published late Tuesday.

Turkey says that the failed coup was carried out by the Fethullah Terror Group (FETO) led by the US-based Gulen. Gulen denies leading any terror organisation and rejects having any hand in the coup bid.

Diyanet has influence over Muslim worship among the Turkish diaspora through the Ditib organisation controlled by Ankara that manages some 900 mosques or religious communities in Germany. Diyanet sends clerics to work in its mosques.

Earlier this year, a furore erupted when German police raided the homes of four Turkish Muslim clerics working for Ditib suspected of spying for the government on the movement of Gulen.

Diyanet later said it had recalled six clerics from Germany for exceeding their authority but lashed out at German police for raiding the homes of the preachers.