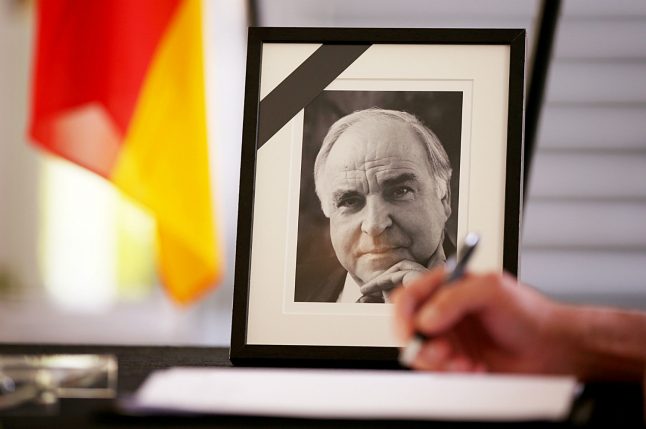 A condolence book for Helmut Kohl in Bonn. Photo: DPA

The memorial will be followed by another event in the cathedral of Speyer, a German town further up the Rhine river from Strasbourg.

The Strasbourg setting is considered a fitting tribute to Kohl, one of three men to hold the title of Honorary Citizen of Europe, along with Frenchmen Jean Monnet and Jacques Delors.

Kohl, widely regarded as the father of German reunification after the fall of the Berlin Wall and a key player in European integration, died on Friday aged 87.

He helped a Germany that was split during the Cold War between a capitalist west and a communist east make the traumatic transition to a unified democracy.

The towering figure of European contemporary history also worked with France's Francois Mitterrand to shape the European project and pushed Germans to part with their cherished Deutschmarks in favour of the single European currency, the euro.