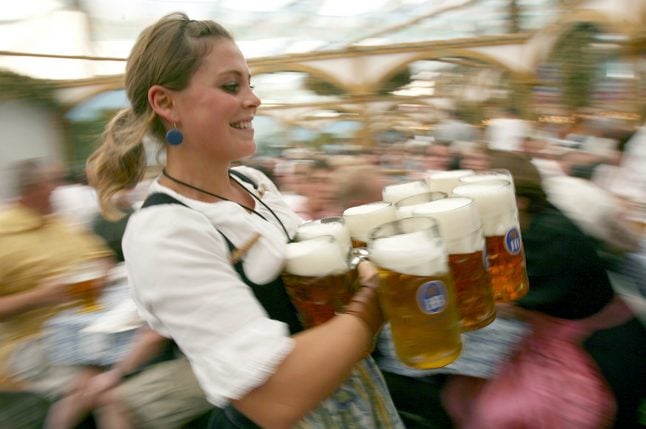 In the three most expensive tents at the famed festival, the beer, which is specially brewed for Oktoberfest 2017, will be sold for €10.95 – an increase of €0.25 on last year.

The cheapest beers at the festival will be available for €10.60, but they will only be on offer in two tents.

Beer prices at the festival have increased steeply year on year since the early 1970s, the Augsburger Allgemeine reports. Back in 2003, a litre of the golden brew cost as little as €6.30.

But it is the non-alcoholic drinks that have been marked up most for this year's event. A litre of drinking water will cost on average €8.73, an increase of €0.46 compared to last year. A litre of lemonade will cost revellers a similarly eye-watering €9.55.

The costliest drink of them all will be a litre of Weissbier (wheat beer) bought in the wine tent. That’ll burn a €15.60 hole in your pocket.

A total of 14 large beer tents plus more than 20 smaller tents will open for the festival in Munich’s Theresienwiese between September 16th and October 3rd. Upwards of 5 million guests are expected for the largest beer festival in the world.

SEE ALSO: 10 things you're sure to notice during an Oktoberfest visit