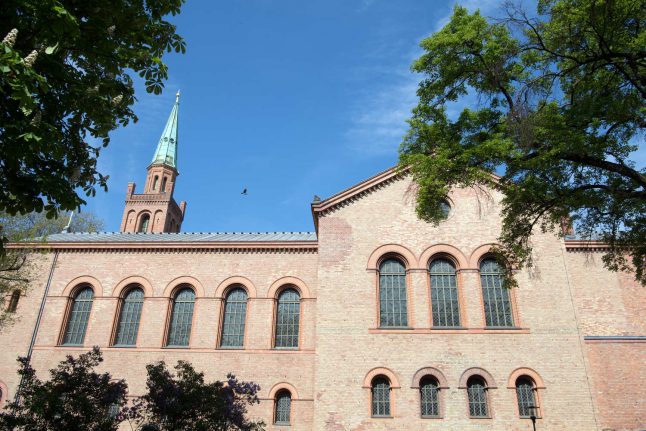 The Protestant St. Johannes Church, where the mosque is taking up residence. Photo: DPA.

The brainchild behind the mosque is feminist, peace activist and lawyer Seyran Ates, who moved to Germany from Turkey at the age of six. It will allow men and women to pray and preach together rather than separately.

“Fundamentally, the mosque’s door is open for everyone, with one exception: No one will come in with a niqab or burqa,” Ates told Spiegel Online.

“This is for security reasons, and also it is our belief that full-face veils have nothing to do with religion, but rather are a political statement.”

Lesbians, gay men, and transgender believers will also be welcome.

Ates explained that she felt it was “ultimately irresponsible” as a progressive Muslim woman to simply rant about conservative Islamic organizations, rather than to start her own. She also said the Finance Minister Wolfgang Schäuble had once told her that liberal Muslims should band together, which helped inspire the idea.

Ates is renting space for the mosque inside of the Protestant St. Johannes Church, but she previously told DPA that she hopes she can one day secure the mosque its own building.

The first day of prayer is set to have Ates preach in German, with translations in Turkish and Arabic.

Ates further said that she hoped more conservative Muslims would find their way to her mosque.

“You can only achieve this through setting an example, open doors, in a space where every question can be asked,” she said.

“Here we do not tell anyone what a good Muslim is, and what a bad one is.”