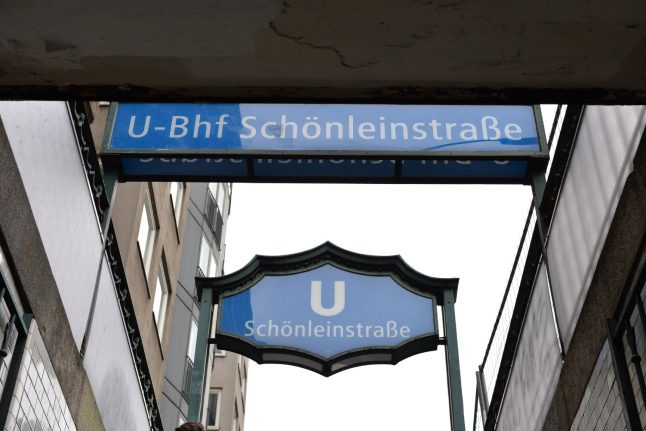 The 21-year-old man was convicted on Tuesday of attempting to cause grievous bodily for lighting a fire next to a sleeping homeless man in Berlin on Christmas Eve last year.

Six other refugees who were with him at the time were also convicted of charges of either assisting in the crime, or of failing to assist the homeless man.

The group of young men from either Syria or Libya had seen the homeless man sleeping on a bench at an U-Bahn train station in Berlin’s Kreuzberg district. The 21-year-old then lit a tissue and placed it directly next to the 37-year-old Polish man's head.

The Polish man had a cover over his head and was using his rucksack as a pillow. Both rucksack and cover caught fire and started to burn.

As the group fled the scene, passengers who got out of a train were able to put out the flames, and the homeless man remained unharmed.

Prosecutors had sought to charge six of the seven defendants with attempted murder, but the court instead decided on a lighter conviction of attempted grievous bodily harm for the 21-year-old.

The main suspect had argued in court that he lit the tissue on fire and put it by the victim “only to startle him with a small fire.” His companions argued that they had nothing to do with the crime.

Three 17- to 18-year-olds from the group were sentenced on Tuesday to eight months of probation for assisting the crime, while a 16- and 19-year-old were given four weeks detention as well as community service for failing to help the homeless man.

The seventh member of the group had previously been sentenced to two weeks of youth detention for not helping the victim.

The case rocked Germany at the time, with clips from CCTV camera footage released to help catch the culprits.

In recent months there have been similar arson attacks on homeless people. In Hamburg a 49-year-old homeless man's sleeping bag was set alight in April. In February meanwhile, the sleeping area of two homeless men was set on fire in a parking lot, also in the port city.