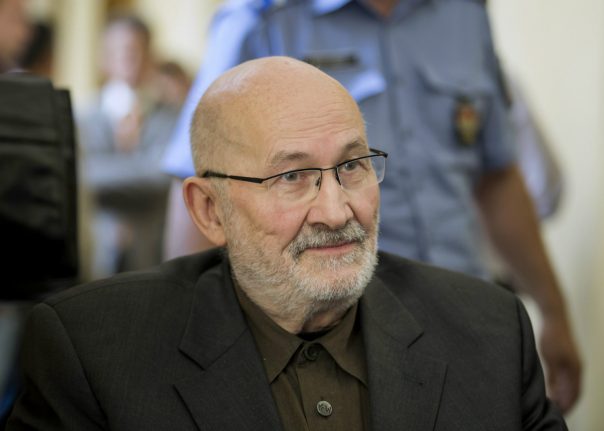 Hungarian authorities detained Horst Mahler, 81, on May 15th in the city of Sopron near the Austrian border on the basis of a European arrest warrant.

“Hungarian police handed over (Mahler) to the German authorities on Tuesday” at Budapest's main airport, a police statement published by the MTI news agency said.

Mahler was a co-founder of the 1970s far-left Red Army Faction group who later swung violently far-right. He received two concurrent prison terms of five and six years in 2009 for disputing the Holocaust.

Denying the Holocaust is a crime in Germany.

Mahler was temporarily released in 2015 because of ill health and was due to continue serving his prison sentence on April 19th but failed to show up, according to German newspaper Taz.

The former left-wing fanatic has called the Holocaust “the biggest lie in history”, praised the September 11th, 2001 attacks on the United States and gave a Hitler salute to a Jewish journalist in an interview.

He was a member of far-right National Democratic Party of Germany (NPD) between 2000 and 2003 before quitting because he found it “outdated”.

Past convictions also include crimes dating back to his time with the Red Army Faction, which carried out a bloody campaign against the West German government.

MTI said Mahler was due to be flown back to Germany later on Tuesday.