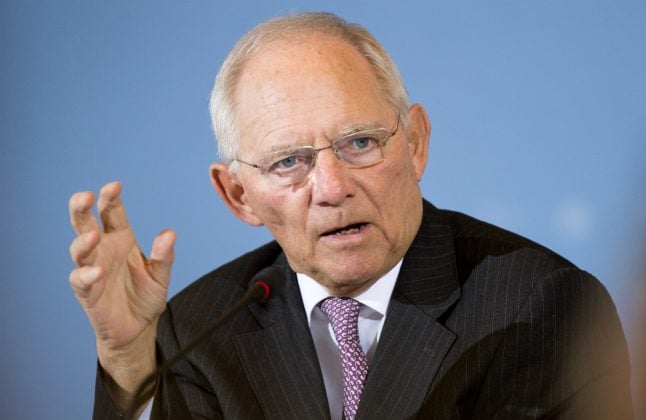 “If they wanted to change their decision, of course they would find open doors, but I think it's not very likely,” Schäuble told Bloomberg Television in his first public comments on last week's election in Britain which saw

He noted a pro-European surge in France for President Emmanuel Macron and a youth vote in Britain that swung sharply to the left-wing Labour Party, in favour of closer post-Brexit ties, as proof of greater EU support among the young.

Nevertheless, “Brexit is a decision we have to accept by the British voters,” he said.

“It would not be helpful if we started speculation… we take it as a matter of fact, it's a matter of respect.”

The British government has been in disarray since a snap election last Thursday, called by May in an effort to boost her majority but which resulted in a hung parliament.

May is scrambling to strike a deal for the support of the Northern Irish Democratic Unionist Party's (DUP) 10 lawmakers, but the clock is ticking on the two-year EU exit talks period she triggered in late March.

“My preoccupation is that time is passing — it's passing quicker than anyone believes… That's why we're ready to start very quickly. I can't negotiate with myself,” Michel Barnier, the EU's Brexit negotiator, told

European newspapers including The Financial Times.

“We will minimise the potential damage and maximise the mutual benefit… at the end we will always come to reasonable decisions.”