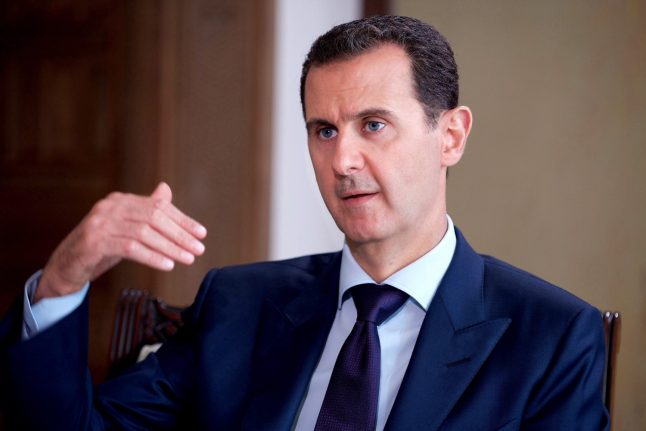 The woman is the widow of Assad’s cousin, and she has been living in a refugee home in Warendorf, North Rhine-Westphalia, a local official said on Monday. She is currently challenging the asylum rejection.

“We do not know the reason for the asylum application,” said the head of the local regulatory agency, Ralf Holtstiege.

According to local newspaper Westfälische Nachrichten, which first reported the story, the woman had been the victim of an internal family dispute in 2015, and was shot by another relative with four bullets. She was seriously injured, and survived the attack.

Her husband had been the leader of a militia group loyal to Assad, and was killed in 2014 by rebels. Her son, however, was arrested by Assad’s forces because he killed an army officer. It is unclear whether the mother then also fell into disgrace with Assad, according to the newspaper.

She arrived in Germany last summer and was first brought to a reception centre in Bad Berleburg, according to the Westfälische Nachrichten. The woman applied for asylum in September, and was assigned to live in Warendorf at the beginning of this year.

The local Warendorf commissioner did not criticize the fact that the woman applied for asylum in Germany, but rather the fact that immigration authorities had not told local officials about her identity at the start.

“The fact that she was assigned to us, without the regional government in Arnsberg or the [state] interior ministry in Düsseldorf indicating her particular background, I cannot accept that,” said Warendorf area commissioner Olaf Gericke, adding that both of the higher authorities knew of her family ties.

But while Gericke did not initially know who she was, her fellow Syrians did. In both Bad Berleburg and Warendorf, she was reportedly attacked.

“If something worse would have happened here, all hell would have broken loose,” said Gericke.

The woman has also reportedly filed to be relocated to Lower Saxony, supposedly due to personal reasons, though no one in Warendorf knows exactly why.

Holtstiege told the Westfälische Nachrichten that they had already alerted authorities in Lower Saxony’s capital of Hanover about the woman’s background.

He added that if her asylum appeal is rejected, she would not likely be deported to Syria, but rather could be sent to Lebanon because she also holds a Lebanese passport.