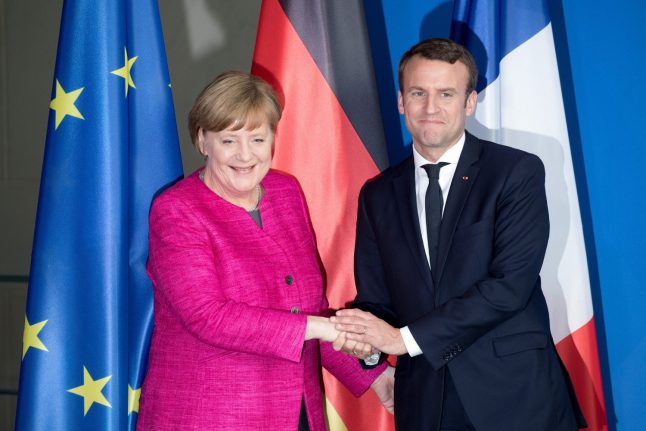 “Chancellor Merkel: My sincere congratulations to Emmanuel Macron for the great success of his party in the first round. A vote for reforms,” tweeted her spokesman Steffen Seibert.

Macron's centrist Republique en Marche (Republic on the Move) party and its ally MoDem are forecast to win between 390 and 445 seats in the 577-member National Assembly in the second round on June 18 after performing strongly in Sunday's first round.

The new French leader appears to have forged a strong working relationship with Merkel in his four weeks in power, despite disagreements over several issues including the euro.