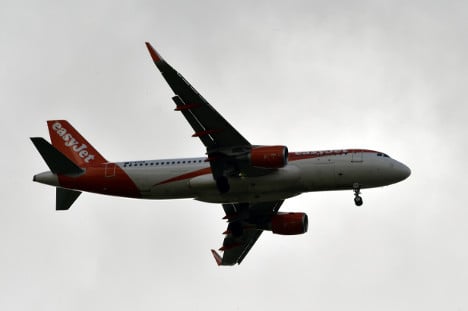 The three British men, aged 31, 38 and 48, remained in police custody on Sunday as police continued to question them. Authorities said none of them was previously known to security services.

The Airbus A319 flying from the Slovenian capital Ljubljana was diverted to Germany's Cologne-Bonn airport on Saturday, causing a major police operation and hours of air traffic chaos.

The pilot had diverted the flight after passengers told flight attendants “that several men were talking about terrorist activities,” a police spokesman told AFP, without elaborating on the content of their discussion.

After the plane landed in a secure area of Cologne-Bonn airport at about 6:00 pm (1600 GMT), federal police evacuated the 151 passengers down emergency slides.

They isolated a backpack belonging to the three suspects, which was later blown up outside the plane by bomb squad officers.

The three men were handed over to police who questioned them “on suspicion they planned a serious crime against the state”, the term used for terrorist attacks.

Air traffic at the airport was interrupted between 7:00 pm and 10:00 pm with 10 flights diverted and 20 departures delayed.

In a statement, the airline said the captain had diverted the flight “as a precaution to enable the aircraft to go through additional security checks in Cologne”.

“In compliance with the local authorities' guidance, passengers disembarked to allow additional security checks to be performed.”

“The safety of easyJet's passengers and crew is our highest priority,” it said.

Germany remains on high alert following several jihadist attacks there and in other European countries.