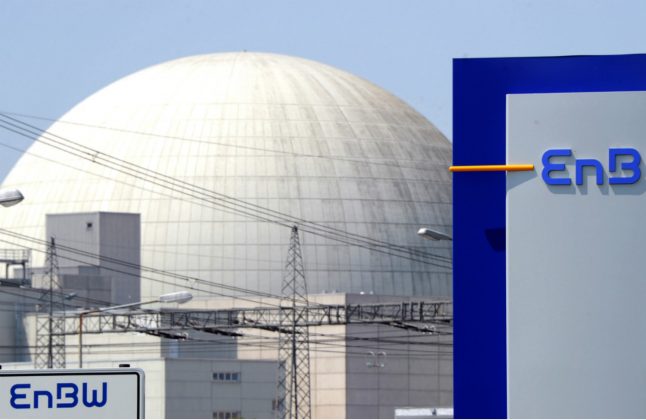 The news boosted shares of major operators E.ON and RWE, which must phase out atomic power by 2022 under a decision Chancellor Angela Merkel made after Japan's 2011 Fukushima disaster.

Germany's Constitutional Court ruled that the nuclear fuel tax imposed from 2011-16 was unconstitutional and scrapped it retrospectively.

The tax, which levied €145 per gramme of new radioactive fuel, had netted the German government nearly €6.3 billion, according to finance ministry data.

E.ON said the tax had cost it over €2.8 billion, a sum it wants refunded plus €450 million interest.

The tax on new uranium and plutonium fuel rods was first levied after the Merkel government had allowed the utilities to extend the service spans of their reactors.

However, the tax remained in place despite Merkel's 2011 decision to shutter Germany's nuclear reactor fleet, sparking legal complaints by the power companies.

The German Constitutional Court has now ruled that the government never had the legislative power to impose what the judges considered an entirely new tax without constitutional basis, and declared it void.

Germany, under its energy transition programme, aims to switch from largely nuclear power and carbon-based energy to clean renewables such as wind, solar, biomass and hydropower this century.

By mid-century Germany, Europe's biggest economy, aims to meet 80 percent of its power needs with alternative energy, up from about one third now.

As an interim goal, half of its electricity supplies are meant to stem from green sources by 2030, a drive that also heavily relies on boosting energy efficiency and cutting consumption.

Big power companies such as EON, RWE and Vattenfall of Sweden have taken a beating amid a glut of green electricity that has driven down wholesale prices.