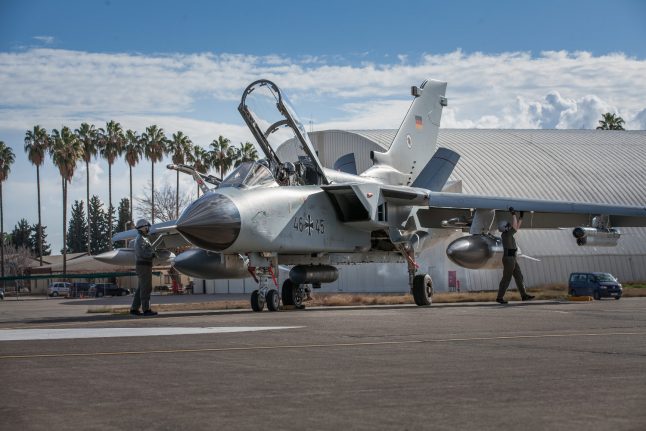 The Incirlik base in southern Turkey, used for raids against Isis in Syria, has been at the centre of a dispute between the NATO allies since Ankara blocked a visit by German parliamentarians last month.

“Right now it is possible to visit the NATO base in Konya (in central Turkey), not Incirlik,” Turkish Foreign Minister Mevlut Cavusoglu said at a joint press conference with Gabriel in Ankara.

In light of Turkey's decision, Gabriel said that Germany would soon start the process of finding another location for its troops.

He said that he regretted Turkey's decision, adding that Ankara must understand “for domestic political reasons we will then need to transfer our soldiers.”

Turkey justified preventing the German parliamentary group from visiting the base by accusing Berlin of having offered political asylum to Turkish nationals who took part in the July 2016 attempted coup.

In Berlin later on Monday, German Defence Minister Ursula von der Leyen said the troops at Incirlik would be moved to a base in Jordan.

“It is unacceptable that our deputies cannot visit the troops,” the defence minister said.

The German cabinet will “discuss and decide” an eventual move on Wednesday, she added.

“We are ready for a transfer,” she said, adding that a “comparable alternative” had been identified at the Azraq air base in Jordan and that King Abdullah supported the move.

Von der Leyen said the transfer would “naturally mean an interruption in our air intervention” of around two or three weeks as part of the international coalition fighting Isis.

In Ankara, Cavusoglu emphasized that Turkey had no problem with Germany, which is a major trade partner, adding: “If Germany takes one step forward toward us, we will always take two steps further.”

But he said some facts could not be ignored, claiming that more than 400 Turkish diplomatic or official passport holders had sought asylum in Germany.

“We would not like to see members of FETO take shelter in friendly country Germany,” he said, referring to a movement led by US-based Muslim preacher Fethullah Gulen, blamed by Ankara for orchestrating the failed coup.

Gabriel assured that asylum cases are handled by an independent German authority, and “in the end it is courts which decide, and not the government.”

His Turkish counterpart hinted that visits to Incirlik could be possible in the future if unspecified joint steps were taken, but that “conditions are not ripe right now to visit Incirlik”.

Turkish Prime Minister Binali Yildirim cancelled a planned meeting with Gabriel because of scheduling reasons, an official from the Turkish premier's office said.

“The meeting could not take place time-wise,” the official told AFP on condition of anonymity.

But Gabriel met with President Recep Tayyip Erdogan at the presidential palace.

Relations between Turkey and Germany have been tense since last July's failed coup and deteriorated further over a referendum campaign this year to expand Erdogan's powers.

Cavusoglu said that the accusations against Yücel were “not about journalism but terror,” and that the “independent judiciary” was leading the investigation in the Yucel case.

Amid the worsening relations, Erdogan has repeatedly accused Chancellor Angela Merkel of “hiding terrorists” in Germany and claimed that Berlin was not responding to 4,500 dossiers sent by Ankara on terror suspects.

Turkey is an important country for Berlin, in part because of the roughly three million ethnic Turks in Germany after a “guest worker” programme in the 1960s and 1970s.